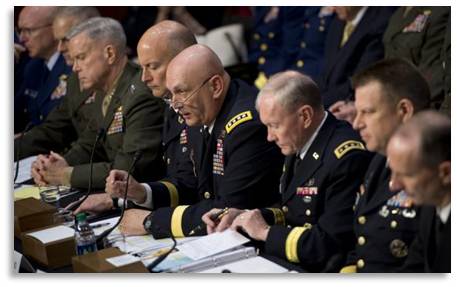 The Joint Chiefs of Staff and their military legal counsels during a Senate Armed Services Committee hearing on sexual assaults in the military. Photo by Saul Loeb/AFP/Getty Images

There are many things I don’t understand in the world, from rap music to poison ivy. One of them is the human ability to separate one’s actions today from what one expects or needs tomorrow.

The issue that brings this split to mind is sexual assault in the military. This subject has been in the news a lot lately, from The New York Times to The Wall Street Journal, from Congressional hearings to Fox News.

Now, this post doesn’t deal with how serious the issue is (we know it’s serious) or whether addressing charges of sexual assault remains within the chain of command. It doesn’t discuss whether women should serve in combat —or in the military at all.

It’s about the split that goes on in the mind of the rapist.

An Assault on a Teammate 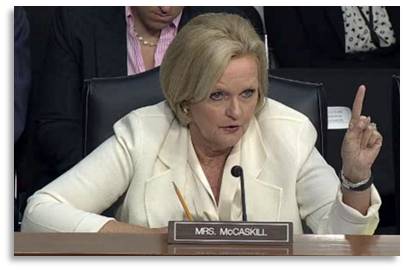 Sen. Claire McCaskill explains the difference between sex and violence to the Joint Chiefs of Staff

When a man rapes a woman, he commits an act of violence against her. It’s an assault worse than fighting or mayhem because it creates strong (possibly overwhelming) feelings of violation, humiliation, anger, and hatred in the victim.

As Sen. Claire McCaskill impatiently explained to the military brass in a recent hearing, “it’s ridiculous to treat criminal sexual assault like it’s an H.R. problem rather than a criminal matter.” It’s not about sex, it’s about violence.

A military rape and its consequences to the victim do not, to say the least, strengthen unit cohesion. The military puts great importance on the concept of unit cohesion. A rape not only erodes that cohesion, it creates great division within a unit.  The same man who has raped a woman will go into a field of battle expecting the other members of his unit to protect him as he protects them. “I’ve got your back,” or “Watch my six.” Even if you have never served, you’ve heard these terms on TV and in the movies. You know that they mean members of the team are necessarily and importantly watching out for one another.  The wars we have been fighting in the Middle East are very different from what battle was like in WWI and WWII. There are no front lines and combat erupts all around you. The enemy does not wear a uniform or fight in formation He often looks just like a civilian and even children may wield weapons or set up IEDs. That means a soldier faces attack from any and all directions as well as at any time. Here, more than ever, he needs someone to cover his back. 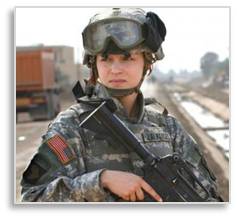 Who’s Got Your Back?

This is where the split happens.   If you raped that soldier the day before, the week before, or last month, she just might be thinking of you today as her enemy more than as a valued member of the team. She might be wondering if you plan to do it again or if you have your skeezy eye on any of her friends. She might hate you as her “enemy within” more than she hates the enemy without. She might be looking at you with revenge in mind rather than backup.

Wouldn’t your shoulder blades tingle just a little knowing that the woman you raped is standing behind you armed with a fully-loaded, battle-ready weapon?  Wouldn’t you wonder whether friendly fire is always accidental or unintentional? Wouldn’t you be concerned that she doesn’t actually have to fire her weapon; all she needs to do when she sees the enemy targeting you is . . .  nothing?

We’re learning that female service members often don’t report that they have been raped due to fears of retaliation and the sure knowledge that the “old boy network” of senior officers will protect their attacker. The U.S. Congress just closed ranks against. Sen. McCaskill to protect the mostly male chain of command from losing its power to do just that. The military justice system appears to be broken in a way that denies a victim any hope. Is a rapist’s confidence in such protection so high that he can create an enemy inside his own unit with impunity? 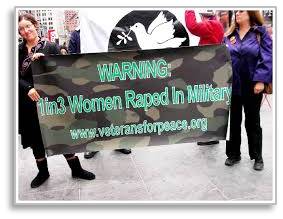 Many victims stay silent out of fear that their careers will be destroyed if they report a rape. But does that silence work when a rapist’s victim carries a weapon every day? If legal channels are closed and justice is denied, what other options does that leave a victim who is armed and enraged?