We live in the Digital Age. Through the Internet, we have access to the past with just a few keystrokes. Information is stored forever and retrieved instantly. 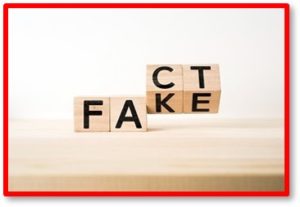 Never confuse information with the truth. That very same digital technology makes it possible to distort facts, create fiction and mask the truth. Because we also live in the age of Counterfeit Information.

What is true and what is not? Fact Checking is more important than ever when making judgments and decisions about the world around us. We want to believe we are objective and informed, able to think rationally and speak logically. We know how to evaluate information. Unfortunately, this kind of thinking trips us up, especially when it comes to politics, religion, Area 51 and fake Louis Vuitton handbags.

We know what we know, and nobody is going to tell us differently.

Oxford Dictionaries’ International Word of the Year for 2016 (chosen mostly due to the election) is post-truth, defined as, “relating to or denoting people or circumstances more influenced by emotion and personal beliefs than objective facts.” 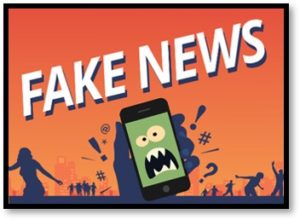 Use of the word spiked 2,000 percent in 2016 compared to the previous year. Oxford said the spike is due to “the rise of social media as a news source, and a growing distrust of facts offered up by the establishment.”

This concept existed long before Oxford named it and claimed it; however, our awareness of how it works and how we respond is heightened in the current political climate. When there is fact checking I will argue there is also fake fact checking, designed to underwrite what we believe.

You can post anything on the Internet and claim it is the truth. We believe what we want to believe and when we find the proof we seek, we no longer pursue the truth. 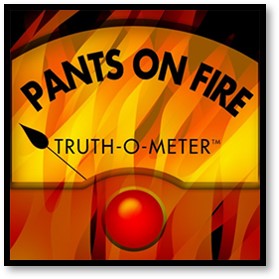 Deciphering counterfeit information is getting harder and our desire to find the truth is getting…well, weaker. We read, assess our personal truth and move on. If it doesn’t align with our thinking, we dismiss it as Fake News. Fact Checking might mean we don’t have all the information or even that we’re wrong. If we don’t want to undermine our position, it’s easy to dismiss anything that does not align with it as fake.

Aviv Ovadya, chief technologist at the Center for Social Media Responsibility, warns of technological tactics that make it harder to decipher fact from fiction, especially in political dialogue. He studies audio and video manipulation techniques that make politicians appear to make statements they haven’t, and social media bot technology that creates and sustains realistic news stories of events that never took place.

It fools the best of us. Failure to keep an open mind and fact-check information is the genesis of fake news.

Without fact-checking websites (shown at the bottom), it is difficult to find accurate and reliable information about claims made by anyone, especially controversial political leaders.

Politicians and religious leaders are famous for telling voters and congregations what they want to hear. Hardcore political activists and religious zealots cannot be persuaded by facts and continue to propagate their version of truth.  I am always amazed at the number of people who follow and believe.

The ability to provide real-time fact-checks during political debates and major speeches, along with factual contradictions of social media posts and interview responses, benefits anyone open to hearing new information. This is especially true when deciding how to vote.

Cognitive bias is a limitation in objective thinking caused by the tendency of our brains to perceive information through a filter of personal knowledge and preferences. When something aligns with what we already believe, those beliefs become our truth meter. 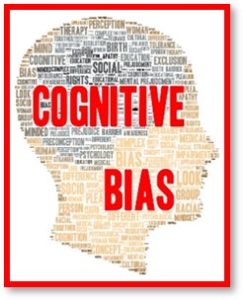 A number of things cause cognitive biases, but mental shortcuts, known as heuristics, play a contributing role. The simple explanation is that we chose to reach a conclusion or solve a problem for which no formula exists, using informal methods or personal experiences.

Sometimes the results are startlingly accurate, but they also lead to errors in thinking. Social pressures, individual motivations, emotions, and limits on the brain’s ability to process information also contribute to cognitive biases.

The easiest way to deal with a bias is to be aware of it. Processing information is hard, and a mental shortcut can be a good thing—but sometimes they act like a trip wire and we end up in the wrong place with the wrong information.

Be a Truth Seeker

In today’s ultra-polarized political and socials media environments, it is more important than ever to seek unbiased sources of information.

We tend not to look for what we do not wish to see. We would rather rely on information that is directly available to us, without being fully aware of what we do not know.  When we choose to see only some elements of a story, we construct the best story we can out of those partial elements.

Fact checking begins with good research skills, and eye for details and an open mind.  Develop instincts for knowing when something isn’t quite right. Ask questions, question assumptions, seek different perspectives. When you’re fact checking, your goal is to find all the evidence before you draw a conclusion.

Do your homework; check your facts.