Anger seems to be on people’s minds these days. We should not be surprised given the free-floating anger that pervades the airwaves, newsprint and social media. But there’s more to anger than just ranting at a rally, flaming someone online, or sending out a nasty Tweet. Two recent articles have explored the nature of anger and how that emotion affects both the angry person and those around him or her. 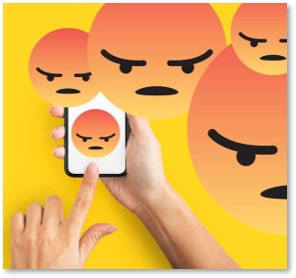 From the Boston Sunday Globe we get “Addicted to Anger” by Linda Rodriguez McRobbie. This excellent piece deals with the physiological and chemical aspects of anger. Turns out, anger can be addictive.

For someone who, like me, is fascinated by how and why some people survive while others perish, this article explains a lot of things.  Try this:

“Notably, the mix [of neurochemicals] disrupts our ability to think logically and makes a mess of our short-term memories. Noradrenaline and cortisol in particular suppress function in the prefrontal cortex, the areas of the brain tasked with executive decision making.”

That makes angry people easy to manipulate, which is why demagogues fire up their audiences with outrage. The angrier people get, the more they stop thinking, the more impetuously they act, and the easier it is to get them to do what you want. Ms. McRobbie says, “Rage disrupts logical thought, reducing complex issues to black and white answers.”

Whether discussing The Hulk or Fox News, Ms. Rodriguez takes us through the reaction to and the implications of the neurochemical rush that comes from anger — along with the “post-tirade glow” that follows. She makes several points:

Having read this article, I found it easier to make sense of the one I read next.

My Cousin Tried to Kill Me

“My Cousin was My Hero Until the Day He Tried to Kill Me” an article by Wil S. Hylton in the New York Times Magazine details how the author became addicted to his cousin’s lifelong rage. In this case, the anger consumed his cousin and nearly destroyed the author. 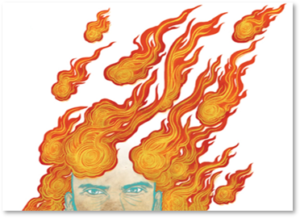 To many people, rage equals power. That can attract others who want to use that power to achieve their own ends, to feed off of it, it or to hide behind it. Smart people, normal people, avoid someone who is in a rage because we know he’s out of control and thus capable of doing unpredictable things.

In the case of Mr. Hylton, he both feeds off of and hides behind his cousin’s anger. He resolutely refused to recognize or admit the impact that anger had on his life. He found his cousin’s anger “both threatening and reassuring.” He allowed his cousin to pull him into rage-filled destructive behavior that ruined his college career, alienated his friends, alarmed his wife, and eventually put him in the hospital.

What Fuels the Rage?

Reading this tale of rage, an anger that eventually consumes the cousin and nearly kills the author, is as gripping as it is disturbing. The most distressing part for me was that the cousin displayed signs of mental illness—hearing voices—that Mr. Hylton ignored. He simply chose not to deal with the fact that a man he loved like a brother was going off the rails.

Was the cousin’s rage fueled by an addiction to his anger or by a mental instability?  We’ll never know. What becomes perfectly clear, however, is that the author used that anger for his own purposes, wielding it like both a shield and a hammer. As long as he got what he needed from his cousin’s anger—as long as he used it to feed his own addiction and to protect himself from bullying—he had no reason to stop. The reactions and advice of friends and family were simply not strong enough to overcome the rush, the hit, and the afterglow. He continued with a toxic relationship until he could not longer deny that it was destroying him.

Rage and The Mustang 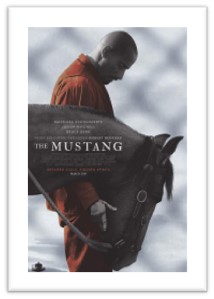 The most disturbing aspect of all-consuming anger came not from these two articles, however, but from a recent movie.“The Mustang” is all about a man consumed by an anger that has landed him in prison for assaulting his wife.

In prison, Roman Colman (Matthias Schoenaerts) is assigned to a program of rehabilitation therapy in which trains feral horses for auction. He is drawn to a stallion as angry, violent, and unreachable as he is himself. Man and horse butt heads, sometimes literally, as they warily come to an understanding.

There is no love at first sight, no instant bond, not even mutual respect. We are shocked when Coleman takes out his anger on the horse by beating the animal. That’s not how it’s supposed to work in movies about redemption. But “The Mustang” deals with the gritty real world, not some imaginary feel-good scenario.

For me, the post powerful scene in the “The Mustang” takes place between a prison counselor (Connie Britton) and a group of men in a counseling session. She asks them, one by one, how much time expired between a burst of anger and the crime they committed. All these men have the same response: minutes or seconds; for the protagonist, it’s a split second.

The men have all been sentenced to prison for committing an act they did not plan, did not think about in advance, did not even intend. The anger took them over and they acted. The consequences changed their lives, along with those of their victims—none of it for the better. As Peter Travers says in Rolling Stone, The Mustang deals with “the ticking time bomb of male rage.”  When that bomb explodes, as it does with Coleman, people get hurt. 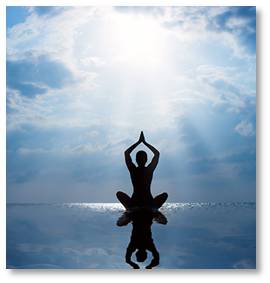 We need to understand anger better, particularly our addiction to it—along with how it takes hold of us and when. We must recognize the symptoms of that addiction and be conscious of the escalation needed to repeat that neurochemical fix. Only when we can admit what is happening can we break the cycle of addiction and reclaim our ability to think and reason for ourselves.

We need that understanding now more than ever, before more people hit that split-second point and make the wrong choice. Because—have no doubt about it—the people who are cynically purveying anger in America today are doing it intentionally and with a goal in mind. They know that angry people lose their ability to think rationally and they are exploiting that physiological reaction. If they can turn reasonable people into angry people, they can get those people to do what they want when they want it. And that’s not good for any of us, for our democracy, and for our future.