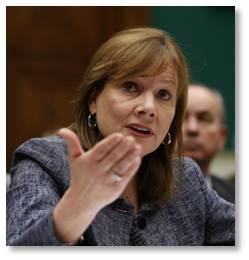 On the news we’re treated to Mary Barra testifying before Congress on the reasons why GM didn’t recall a defective switch that killed at least 13 people. On the hiring boards and blogs we hear stories of candidates who interview multiple times for a job only to be told that the company decided not to move ahead.

In the business magazines we read articles about how “uncertainty” is holding the economy back, with the blame placed on whatever political party the publication or website opposes.  And it’s a national scandal that Chief Executive Officers are paid outrageous amounts of money—millions, tens of millions, hundreds of millions—every year, regardless of whether they deliver results. Courage and compensation don’t always go together.

Through all this I ask myself whatever happened to courage in American business. Today’s post addresses the GM scandal.

When the GM scandal first broke, the blame was placed on “a flawed corporate culture,” as though this existed independent of the human beings responsible for running the company. The Wall Street Journal’s Joann Lublin quoted Ralph Walkling, executive director of the Center for Corporate Governance at Drexel University’s business school, that prior GM leaders may have failed to change its culture because “they didn’t take these issues seriously enough.”  Well, gee, wasn’t that at least part of their jobs?

As I have said before, corporate culture comes from the top down. Underlings imitate whatever behavior the CEO exhibits, unless it’s so crazy it alienates them. His priorities become the priorities of everyone in management.  His focus is what the company concentrates on and managers adopt at every level.  Conversely, what he ignores is what becomes unimportant and dismissed, unworthy of valuable time and attention. As they say in the military, “The standard you walk past is the standard you accept.” The culture problem at GM has been blamed on everyone from unions to PowerPoint but let’s get real. For 30 years, lots of highly paid executives at GM walked past a safety standard that was not just low, but fatal.

Former GM CEO Rick Wagoner doesn’t recall viewing a huge PowerPoint presentation that “may have Included” a backup slide on the faulty switch. After 72 slides, it would be a wonder if he, or anyone in the room, could remember what they ate for breakfast.

You Can’t Handle the Truth!

A board that was lulled by 72-slide presentations could have simply declared the maximum number of slides as 15 and then cut off any executive who went over that number.  They could have followed their edict with pointed questions about what GM management was trying to do and drilled down to the real problems. If a board member, who is presumably well educated and highly experienced, allows himself to be narcotized by company propaganda while hauling in big board fees, he is abdicating his fiduciary responsibility. This does not constitute good governance. 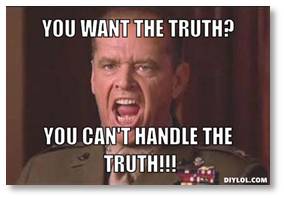 To paraphrase Jack Nicholson’s Col. Jessup in A Few Good Men, they not only couldn’t handle the truth—they weren’t even interested in finding out what it was.

The “disturbing truths” were recently delivered by Anton Valukas, a former U.S. attorney and chairman of Jenner & Block LLP, a Chicago law firm, who investigated why GM ignored the switch problem for so long. Mr. Valukas delivered a blistering 315-page report in which he declares there was no coverup. Instead he lays the blame squarely on incompetence. According to CBC News, Mr. Valukas found “a pattern of management deficiency and misjudgment that led to safety problems being ignored for years.”

In yesterday’s @WSJ, Steven Paul Zehler of Trenton, NJ tried to deflect the blame onto unions with “outsized power” within GM. The union mentality, he claimed, “inflicts its ways upon the whole organization.” But that doesn’t jibe with Mr. Valukas’s report, which states: “We found failures throughout the company including individual errors, poor management, Byzantine committee structures, lack of training, and inadequate policies.” The latter four problems come from management alone. While I’m accustomed to executives attempting to place blame on anyone but themselves,

I wonder again where courage has gone.

Executives are paid the really, really big bucks to set strategy, make the tough decisions, ensure delivery of good products, oversee a strong company culture, invest wisely, and manage the company well. They are highly compensated not just for doing all this but for taking the heat when a decision blows up, a problem emerges, or an investment goes sideways.  When that happens, they should have the courage to stand up, admit that it occurred, take the blame, and detail how they’re going to fix the problem. Any executive who lacks the courage to do that isn’t doing his job. And if he’s not doing his job he’s overcompensated, even if he makes only $1 a year. 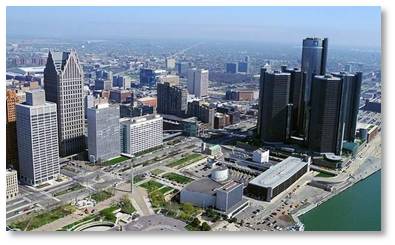 So who’s got the courage to clean up the mess at GM?  This is a story in which, to quote Diana Gabaldon’s latest book, “the women, as usual, pick up the pieces.” After six years of either ignoring or failing to change the culture, former CEO Rick Wagoner was forced out of GM with a pension valued at $20 million and dropped the ugly pieces on a fast-moving stream of short-term replacements.

Mary Barra, to her credit, has stated that she’s not afraid of the truth and will do whatever it takes to fix the problems at GM. She has started by firing 15 people, including Ray De Giorgio, the engineer who designed the switch and downplayed its flaws. That’s not enough, however. One does not change an entrenched and inbred corporate culture by eliminating a few minions: you have go to higher and deeper than that. If the emperor walks out in public with no clothes, you don’t behead his tailor.

I hope that Mary Barra has the courage her predecessors lacked, the courage to make sweeping changes even if it means eliminating a swathe of protected, entitled and overpaid executives. (I can just hear the rumbles of fear in the men’s locker room at the country club.) That is, after all, the best way to send a message company-wide. And it would give her the opportunity to replace the old guard with some new, forward-thinking innovators who could lead GM to new success.

Tomorrow: Courage on the Jobs Front