After reading several articles on the current state of the job market, along with some blog posts on the subject, I have identified several trends that defy logic. Here are the big five adventures in hiring::

Back in the day, companies were embarrassed by having a layoff because it indicated that something was wrong somewhere.  Regardless of the cause, perception would come back to management making a bad decision and no one wanted to admit that. In the PR department, we jumped through hoops on press releases to avoid saying the dreaded “L word” and to make it look like something of management’s control was compelling the company to release some of its employees. 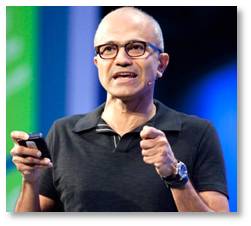 That mindset totally flip-flopped after the dotcom bubble burst and now companies not only admit to a layoff, they seem to brag about it. Layoffs mean that you’re one of the big dogs and your lean, mean management team is not afraid to make the tough decisions. If that results in branding people as Damaged Goods as they walk out the door, well, no biggie.

This month CEO Satya Nadella announced that @Microsoft would lay off 18,000 people, 14% of the company’s workforce.  The Wall Street Journal called this decision part of the “tough reality” of “cleaning up some of his predecessors’ messes.”  That burnishes @SatyaNadella’s personal brand as a hard-nosed tough guy who doesn’t worry about the impact on all those dedicated workers. Analysts and the business press love that story. The laid-off folks, not so much.

The Myth of Damaged Goods

Those 18,000 Microsofties may not have problems finding new jobs—at least those of them who work in Bellevue—but some might find it a hard slog in a difficult job market created by a problematical economy. They would join the ranks of tens of thousands of people who have been looking for work for more than a year—sometimes more than two years—without success. They will learn what it’s like to try their best only to find that they have a big DG for Damaged Goods branded on their foreheads. 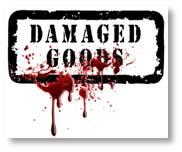 It doesn’t matter that the economy has been bad, that jobs have been few and far between, that companies have been reluctant to hire. Nope. The fact of having been laid off alone makes them Damaged Goods and the time spent looking for a new job exacerbates their status.  Lillian LeBlanc addresses this issue in her blog post, “The Best Candidate You’ll Never Hire.” She argues that the long-term unemployed possess four traits that make them better hires that someone who has never been out of work. And she’s absolutely right.

The Search for the Purple Squirrel

As I discussed in a previous post, both managers and HR staff often believe that there is a perfect candidate out there; someone who meets all the qualifications—every single one—and has also won the Nobel Peace Prize, earned five patents,  developed the cure for cancer, and beat Bobby Flay in a throwdown. That person is as real as a purple squirrel. Until they find him or her, however, they will keep looking no matter how long it takes. Any lesser candidate, regardless of how qualified, will be dismissed as “not the right fit.” 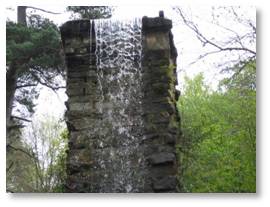 The Fable of the Empty Position

Once upon a time there was a realm that needed a person to solve a big problem. The aqueducts that brought water to the cities and towns had broken and must be fixed. This was an important job that needed someone who had very specific engineering skills and experience.  A wicked step-HR manager came to visit the prince who ruled the realm, however, and told him that the work could not be done correctly, the aqueducts could not be repaired, and the country would not prosper until they found exactly the right person. That person had to be tall, handsome, brilliant, and wise—but also to have jewels for eyes and a golden arm.

So the prince mounted his trusty steed, took up his sword and began to search. He searched for many years, roaming across mountains and deserts, through winter storms and summer heat, fighting dragons and trolls, wearing out horses and suffering many wounds. He found wise men and handsome men, tall men and brilliant men, but never one with jewels for eyes and a golden arm. Finally, he turned around in despair and headed home. When he returned, he found the realm in disarray. With no one to fix the aqueducts, the water supply had dried up completely. The factories had closed because they could not produce their goods without water. Women and children had been attacked by trolls when they were  walking to wells that were miles away. Part of the city center had burned when there was no water to put out the fire. People had succumbed to an outbreak of plague because, without water for bathing or washing clothes, everyone had fleas.

The only exception was one town in the hills on the far northern border. There an old woman had organized the town’s young strong men and women to build an aqueduct that brought water from a melting glacier high up the slopes into the town. She was not a tall handsome man, neither was she brilliant. And she certainly lacked jewels for eyes and a golden arm — although her hair was silver. But the old woman knew what needed to be done and set out to make it happen. The job got done and the people of the village remained healthy and strong.

Moral: Not taking action is a kind of action that has consequences you may not have foreseen. And 80% of something is better than 100% of nothing.  As David Hunt says in his blog, “Companies will start hiring when senior managers with perspective grasp that the costs associated with a ‘bad hire’ are exceeded by the costs of unfilled-for-long-periods job openings . . .”

Hiring managers may find a candidate who meets their requirements but change their minds with the first interview when they discover that the person is over 50.  Candidates report a drastic change in attitude from either the HR interviewer or the hiring manager once those people see gray hair.  Some have tried to avoid face-to-face interviews until the hiring manager is very positive on their candidacy.  This age discrimination is a false and short-sighted prejudice as I have reported in a previous post. But it exists nevertheless and is particularly strong in the high-tech industry. 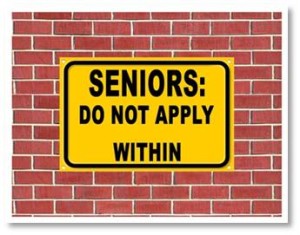 So what are these companies, HR reps, and hiring managers thinking? They’re thinking they want to play it safe: no risks, no red flags, no difficult questions. They don’t want to get called on the carpet for hiring someone who is “too old” to fit in, too “damaged” for the company, or too imperfect for the job.

As David Hunt get to the point in his Mass High Tech article, “Upper execs should be asking ‘Where is everybody?’  “There is no reward if the candidate works out, but if he’s fired, the hiring manager must explain why someone who lacked some qualifications was hired in the first place.”

So HR and hiring managers take the safer route and hire no one. They resolutely refuse to acknowledge that their attitudes and prejudices might be wrong and could actually hurt the company. But, even if they did, the reality is that protecting their own jobs is far more important than doing what’s right for the business. After all, if they got laid off and someone branded that big Damaged Goods on their foreheads, they’d be in the same boat with a lot of the candidates that they are discarding right now.

And that wouldn’t do at all.