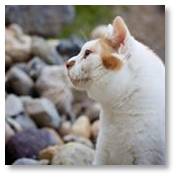 I believe that most people have a deep-seated need to nurture something. Many folks nurture children. Others lavish their love and care on animals, plants, homes, or collections. Sometimes, of course, these mix and match depending on the people’s stage in life, age, and economic situation.

This came to the forefront recently when I read an article by Walter Vatter in The Wall Street Journal called, “When to Let a Loved Pet Go.” It deals with the anguish Mr. Vatter felt when the time came to put his beloved coon dog, Jeb, to sleep.

This is the same problem my son recently faced when his cat, Sweet Clyde, got to that place. Sweet Clyde survived the long, long flight from Anchorage to Boston but his systems shut down a week later. Earlier this year, my friend, Martha Schaefer blogged about making the same terrible life decision for her beautiful Arab mare.

This approach to pet care if very different from the prevailing mindset when I was a kid. Our parents grew up in a world formed by the Great Depression, where life was scoured down to the bedrock of survival and sentimentality became a luxury no one could afford. In this culture, animals were kept for their labor. A working animal, like a draft horse or a sheep dog, was a valuable animal but any creature that couldn’t pull its weight couldn’t be kept. Rich people might have had yappy little lap dogs with rhinestone collars but, as F. Scott Fitzgerald said, the rich are different from you and me.

We wanted a dog but our parents vetoed that. We settled on a cat—a series of cats, actually—and the same mind set applied to them. We got the cats free from shelters, from neighbors and, once, from the mill where our uncle worked.  They were all male to avoid any possibility of a litter showing up in our closet, and they were not neutered because that would have cost money. Spending money on a pet was a foreign concept.

Our cats got Calo cat food, supplemented by table scraps.They went out to relieve themselves and at night. If it was really cold—and my sister and I pleaded hard enough—our parents would let the cat sleep in the basement where they could stay warm by the furnace. I don’t remember them ever going to the vet, whether for shots, injuries, or hairballs. By today’s standards it sounds cold and heartless but I don’t think our parents were all that different from a lot of working class people of that time. The scars of the Great Depression ran deep.

Our cats got plenty of food and if they ate, fine. If they didn’t, they died. It was up to them. In general, if a cat or a dog could not use its hind legs, it was put down. If it needed medicine or surgery, it was put down. If it could no longer work and do its job, it was put down—unless the farmer, owner, or rancher could allow it a few years of retirement as a reward for years of work. People had a hard enough time getting by, paying for their children to go to the doctor or the dentist, and making sure there was food on the table. Pets were on their own. Several of our cats had short life spans. 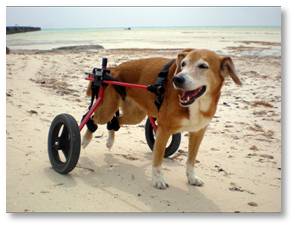 Now it’s all different. Dogs that can’t use their hind legs get little carts to walk around with. My neighbor in Sudbury made one for his dog when Shiloh was failing. People pay hundreds and even thousands of dollars for their pets to have surgery for conditions that may or may not be curable. With dogs, it’s often done to repair genetic abnormalities that result from inbreeding for show conformation instead of good health. I know people who have gotten pet insurance or taken out loans to pay for their animal’s health care. And they didn’t bat an eye at the expense.

When, at different times, two of our cats broke a leg, we took them to the vet to get the leg set and put in a cast, something my parents would have found inconceivable. When Mystique nearly died from a botfly I paid the vet hundreds of dollars to keep her alive. But when she started having seizures I drew the line at a $1,000 MRI. She gets her anti-seizure pills twice a day, though.

Laurel Braitman wrote “When Animals Lose Their Minds” in @WSJ, that animals suffer from stress and can have mental illness. That certainly sounds logical but I’m not sure whether I would put a pet on anti-depressants or anti-psychotic drugs, as @LaurelBraitman documents.

More than once, I have thought that pets in America receive better health care than children do in far too many parts of the world—or even many parts of America. Our vet agrees with me.  When it comes to health care for pets, though, I sometimes hear my mother’s voice in my ear exclaiming at the expense—or even the waste. But the Great Depression is 70 years in our past and today people consider pets as part of the family, or even their whole family.

Whether it’s vaccines to prevent deadly diseases, care for broken limbs, procedures to repair failing organs, or medication to control seizures, these four-legged family members get what they need even if their owners must go into debt to pay for it. And when nothing further can be done, we ease them onto the rainbow bridge with a shot that puts them out of their pain. A lot of humans should be that fortunate.

Animals have never had it better. And they don’t have to work a single day for any of it.