On Sunday I read two articles that spoke to the difference between employees who are gainfully employed and people who are willing to work for nothing. I have written in prior posts on both of these topics so I found the articles particularly interesting.

The Ghost of Lowell’s Past

First I saw the follow-up to a December 15 article in The Boston Globe, “Was Dickens’s Christmas Carol Borrowed from Lowell’s Mill Girls?” by Kevin Hartnett. Mr. Hartnett reports on research that indicates Charles Dickens may have “borrowed” from literature produced by the Yankee mill girls that he encountered during a visit to Lowell. These young women created a literary journal. The Lowell Offering, in their (very limited) spare time. Dickens read this journal and elements from some of its stories appeared later in his book, “A Christmas Carol.”

Mr. Hartnett followed up on Sunday with “What Happened to the ‘Mill Girls’?” It seems that the uplifting working conditions that so impressed Dickens during his visit did not last long. When the Irish Potato Famine struck in 1845, it began a wave of immigration that affected many aspects of life in Boston and New England. These Irish immigrants, often poor and illiterate, “were willing to endure longer hours and lower pay than the Yankee women who’d staffed the Lowell mills at the time of Dickens’s visit.” The result was that working conditions in Lowell and other mill towns declined to the appalling levels that Dickens had seen in English mills.

In this case, the mill owners could exploit an over-supply of desperate and easily replaced workers. Wages dropped and working conditions grew much worse. The Lowell Offering, from which Charles Dickens may have “borrowed” some ideas, ceased publication.

Does an Intern Have a Real Job?

Next I read the cover story in The Boston Globe’s Sunday Magazine on unpaid internships. 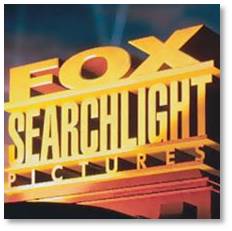 In my August post, I criticized for-profit companies that exploit eager college students by getting them to work for free, with experience as their only compensation. In her article, “The Revolt of the Unpaid Intern,” Melissa Schorr reports a welcome new wrinkle in this pattern of abuse: unpaid interns are beginning to sue their “employers” for back pay. This development is sending “shock waves” throughout the business world and for-profit companies are being forced to review their internship programs in light of a federal district judge’s decision. Judge William Pauley III ruled that Fox Searchlight Pictures has to pay interns for their work on the movie Black Swan because they were considered “regular employees.” Hooray for Judge Pauley.

The ghosts of employment past have rattled their chains. Now the question appears to be whether companies will continue “hiring” or “employing” unpaid interns. Just to be picky, I checked my American Heritage Dictionary and found that an employee is defined as “a person who works for another in return for financial or other compensation.” To hire is “to engage the services of a person for a fee.” Essentially, it’s not a job if you’re not being paid to do it. 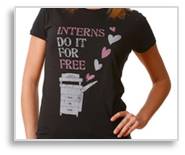 In this case, the problem is an over-supply of college students desperate to get the experience that will help them find full-time work once they graduate. This has allowed companies to replace paid entry-level paid workers with young people who are content to work for experience alone. Following Judge Pauley’s ruling, some companies have canceled their internship programs altogether. This makes me wonder just how essential was the work those young men and women were doing. Other companies have solved the problem by doing the ethical thing and simply paying their interns.

The US Court of Appeals for the Second Circuit in New York will hear the Fox Searchlight Pictures case later this year, so stay tuned for further developments.

In both of these situations, it’s clear that companies in a free market don’t automatically “do the right thing” when too many workers vie for too few jobs. Instead they push the limits as far and as fast as conditions will allow. Only when supply and demand are more balanced, giving workers some real bargaining power, do employment, wages and working conditions improve.