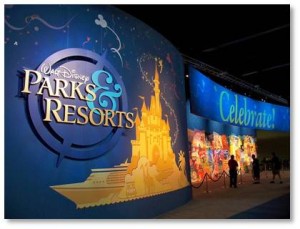 Not much to celebrate for IT workers

WGBH television is promoting the new three-part program in its American Experience series: Walt Disney 1, 2 and 3. Part of this program about the man who built “the happiest place on earth” is a clip on working at Walt Disney studios.

In a nutshell, here’s the timeline of what happened:

October 2014:  250 employees in the IT department at Disney Parks and Resorts in Orlando, FL were told that their jobs were being transferred to workers from India brought in by an outsourcing firm using H-1B visas. As a condition for receiving severance pay and a measly four months of unemployment insurance, they had to train their replacements. That meant sitting with them every day, teaching their jobs to people who were far less qualified and experienced than the Disney employees.

Late May, 2015: Disney lays off 35 technology employees at their ABC Television Group in New York City and Burbank, CA. These people were also forced to train their replacements, immigrants brought in by an outsourcing company using H-1B visas. Their last day was scheduled to be July 31.

June 19, 2015: Mr. Thibodeau (@DCgov) reports in @Computerworld that Disney/ABC Television Group has reversed its decision and rescinded the layoffs, granting a “reprieve” to the 35 affected employees.

July 2015: The U.S. Department of Labor begins investigating Disney—and the labor contractor HCL America—in response to complaints filed by several of the Orlando workers who had lost their jobs in the January layoff.

There’s nothing like shining a light on abuse and the negative publicity for @DisneyParks in all of this has been significant. It has not been enough, however for Disney to cancel the layoffs in Orlando and rehire the employees it discarded there in favor of cheaper immigrant labor. To find out what that felt like, you can read a first-hand account from a Displaced Disney Cast member on Breitbart B.

As bad as this story is—and it’s not unique by any means—there is a hidden story that no one is looking at. The skunk in the woodpile, the man who made the decision to outsource IT and call down bad publicity that has affected the Disney brand, is the company’s CIO: Tilak Mandadi. I decided to do some research and found that he’s a tough man to pin down.

Mr. Mandadi, Disney’s SVP and Global Principal Tech Officer, is not included on the Disney management team that’s listed on their web site under Chairman and CEO Robert Iger. He does appear by name and title only among the executive management for Walt Disney Parks and Resorts. His LinkedIn page is not up to date and does not extend beyond his previous position as Senior Vice President of Information Technology at American Express. He does, however, include Enron where he was director of information technology. His ZoomInfo listing is pretty bare bones. A Usenix page is completely blank.

He holds a Master’s Degree in computer science from the University of Oregon.  Aside from that, the only information I could find on the elusive Mr. Mandadi is that he was co-chair of the 2015 Special Olympics in Florida and is a Capricorn. I don’t have paid access to Lexus-Nexus or BoardroomInsiders.com so it’s possible that a lot more is out there. But it seems odd that a man who holds such a prominent title in one of America’s foremost corporations is virtually invisible on the internet.

Also, it’s clear that, despite having caused a great deal of negative publicity for Walt Disney Parks and Resorts, having damaged its brand, and having possibly caused unnecessary expenditures for cancelling at least one labor contract and rehiring of the New York employees, he remains unscathed and unrepentant. 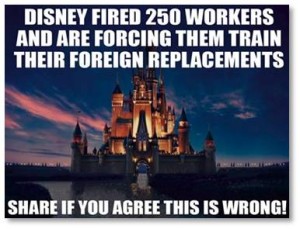 The explanation for that is pretty simple, though. Robert Iger, Disney’s CEO is a co-chair (along with Michael Bloomberg and  Rupert Murdoch) of the Partnership For a New American Economy, a group that supports immigration reform. (BTW: Mr. Iger makes $46,000,000 a year.)

The organization promotes tripling the current 85,000 available H-1B visas under a program called  “I-Squared”  that was introduced by Sen. Marco Rubio (R-FL), Sen. Jeff Flake (R-AZ) and Sen. Orrin Hatch (R-UT). With this kind of reform, we won’t get a new economy. We’ll get a lot more pink slips for Americans in STEM jobs. Somehow I don’t think that Walt Disney had pink slips and layoff in mind when he created the Magic Kingdom.