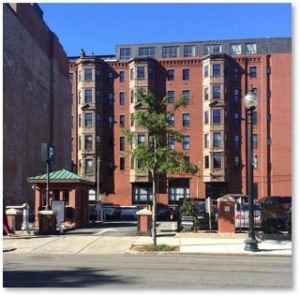 The Parking Lot — Courtesy of ParkMe

When news broke this week about the sale of a parking lot in Boston’s Back Bay, I became curious about what structure the parking lot replaced. After all, no one worried about parking automobiles when the Back Bay neighborhood was created in the nineteenth century.

While I gleaned the history of real estate transactions from BackBayHouses.org—an invaluable resource—my additional research turned up a few other details on the people involved and how they made their money.

On December 7, 1933, Mrs. Aroline Gove redeemed the property at 149 Newbury Street by foreclosing on the mortgages taken out by Moses Shapiro a decade earlier. That year, she reclaimed 282 Dartmouth Street the same way and the following January she acquired 123 Newbury Street. 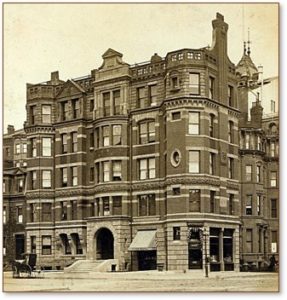 When Mrs. Gove died in May of 1939, the properties were held in trust for her children and descendants. The trust purchased 284 Dartmouth Street in July of 1947. This gave the Gove family control of a stretch of Newbury Street bordering on Dartmouth that had once held:

The Gove family trust could have done many things with this land. They had money—lots of it.

The Gove fortune came from sales of L

. Mrs. Aroline Pinkham Gove was the only daughter of Lydia Estes Pinkham, founder of the patent medicine business that bore her name. 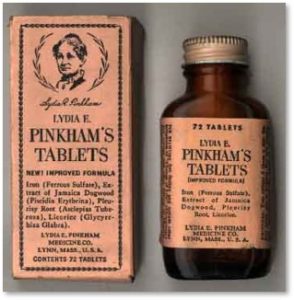 At a time when women’s menstrual and menopausal problems were either ignored by the male medical establishment or treated with painful and dangerous surgery, the tonic provided an herbal remedy. For example, doctors back then treated severe menstrual cramps by surgically removing the ovaries. This procedure was not only too expensive for many families, it had a 40% mortality rate.

Lydia Pinkham’s Vegetable Compound offered a safe and inexpensive form of relief. My mother used it to avoid surgery, at least for a while. Lydia Pinkham’s claimed to be, “… a positive cure for all those complaints and weaknesses so common to our best female population.”

Interestingly, the tonic contained herbs like Black Cohosh that are used for the same purpose today. The 20% alcohol content probably helped women cope with pain, too.

This patent medicine, developed in Lynn, MA, made Lydia Pinkham a household name among women in the United States and created a business worth $3 million in 1939—approximately $54,878,262 today. Aroline Pinkham Gove served as the company’s Treasurer while her husband, Wlliam H. Gove, was President and General Manager.

They Put Up a Parking Lot

So, what would the Gove family trust do with all the Back Bay land they acquired and the family fortune? Would they renovate and resell the buildings? Build a new mansion that stretched along Newbury Street? Put up a hotel?

The answer is simple: none of the above. Instead, around 1958, the Gove trust demolished the five buildings and replaced them with a parking lot. It has remained that way for more than 60 years, making this plot possibly the most undervalued and underutilized property in Boston.

Although, as my husband says, owning a parking lot is like prostitution: “You’ve got it. You sell it. And you’ve still got it.” Not a bad investment.

This particular plot of Back Bay land has another connection to the patent medicine business. Aroline Pinkham Gove originally purchased the Hotel Aubry at 149 Newbury Street from Levi Tower, Jr. an apothecary and real estate dealer from Cohasset, MA. Mr. Tower lived first at the Hotel Bristol at the northwest corner of Clarendon and Boylston Streets, where he kept his apothecary store. In 1889, however, Mr. Tower moved his family and his store to 161 Newbury Street before the family decamped to the leafy suburb of Brookline a year later. In 1890 Mr. Tower moved the store to the Hotel Aubry.

“For a severe attack of Billiousness, one Triplex Pill taken every other night for two or three nights followed by a glass of Bitters before breakfast the next morning is a sure cure.”

He also sold a Bayoline Quinine Hair Tonic to eliminate dandruff and stop hair from falling out. 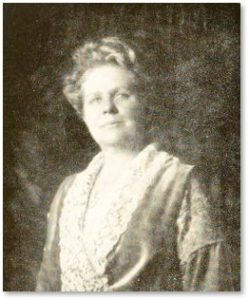 That means the Hotel Aubry was originally built by one patent medicine salesman hawking a cure for male complaints and sold to a woman selling relief to women for their reproductive problems.

As for Mrs. Gove, she continued her mother’s work in support of women’s health by founding the Lydia E. Pinkham Memorial Clinic in Salem, MA, to provide health services to young mothers and their children. It is designated as Site 9 on the Salem Women’s Heritage Trail. She is buried in the Gove Family Mausoleum in Seabrook, NY.

Now the plot, barren for so long, has been sold to a Chicago investment firm for a cool $40 million. The Gove family trust, owners for more than a century, grows richer and the neighbors await further developments.

Whatever the new owners propose to build on the site will have to get the approval of the Back Bay Architectural Commission and the City of Boston. When it comes to strict adherence to design standards, I put my money on the former.