I have been thinking about Susanne Skinner’s excellent analysis of what makes bad managers. She tags hubris as the main reason behind a bad boss’s destructive behavior but I would like to offer a few alternative reasons. 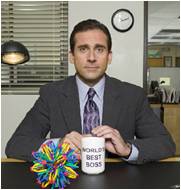 Fear: Not everyone is meant to be a manager despite what he—or the person who promoted him—might think. I have seen people elevated to a management position only to be terrified of actually doing it. They may be frightened by the increased visibility, afraid of making a mistake, worried about being inadequate or not having all the answers, panicked at having nothing to offer in a meeting—or of saying too much. They might also be too introverted to deal well with the heightened requirements for communicating up to their bosses, sideways to their peers, and down to their direct reports.

Imagine coming to work every morning terrified of doing, saying, or being the wrong thing. Terrified of picking up the phone, going to a meeting, or sending an email. That kind of fear can drive a person to make unreasonable demands, to snap at someone with a problem, to be overly critical of everything his or her staff produces, or to nitpick their own work product. He might respond to this constant fear by hiding in his office or she might not communicate important information to her team. I have read accounts of frightened managers who came in to work, put a coffee mug on their desk, hung a jacket over the chair and then went out to the movies.

Ignorance: Back in the day, companies thought management was an important enough function for people to do well so they set up training classes for prospective managers, existing managers, and people identified as candidates for moving up in the ranks. Early in my career, I worked in big companies where I was able to take a lot of management training classes. They covered everything from paperwork and reporting requirements to people skills. We learned that not every problem requires a solution and sometimes people just want to vent. We were taught everything from how to handle purchase orders and headcount requisitions to how to fire a toxic employee.

These courses were bootcamp for managers and they were very valuable. Today we have a lot of small companies and startups where all that matters is just getting the work done. To imagine how important management training is, think about the Army taking in a new recruit, putting him in a uniform, handing him a weapon and then dropping him directly into a combat situation. Sending someone into a management office without any prior knowledge, training, or even a user’s manual on how to do the job is asking for trouble further along the line. The new manager’s staff is likely to encounter that trouble a whole lot sooner, though. 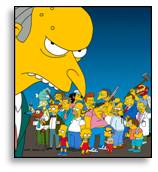 Poor Personality Fit: Not everyone has the personality to be a manager. He or she may be very good at coding, accounting, copywriting, designing products, or drafting contracts but that doesn’t necessarily translate into managing others who are performing those functions. Technology companies recognize this and often offer a “principal” track that promotes a technical employee to higher status that is independent of a management function. For most others, however, the management track is the only available route to promotion regardless of how well they will fit into the job. You take the promotion or you stagnate, get hit in a layoff, or risk being identified as dead weight by ambitious executives.

In my career, I saw two men get promoted and turn into monsters who bullied their staffs, ordered impossible tasks done by unreasonable deadlines, and identified individual staffers for personal torment. I once worked with a woman whose boss (also a woman) made her life miserable. My friend took the abuse for some time before eventually threatening to quit. At that, her boss’s superior ordered the boss to “stop torturing” my friend. It seems they were both enjoying the sick game but needed my friend’s work too much to let it continue. For the introverted person, management demands a series of tasks that you really don’t want to do. It’s not exciting, not a challenge and definitely not rewarding. It’s just an ongoing misery. 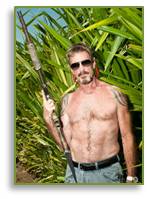 Just Crazy, Baby: This is more common than most people think and I dealt with it in a previous blog, “Denial in the Workforce: Does that Executive Seem Normal to You?” The follow-up post, “Survival Tactics for Working with a Dysfunctional Boss,” offered tips and suggestions for handling the non-neurotypical manager.

The trick for staffers who are staring down the conference table at a new boss is to figure out what they’re getting in this organizational move. It’s not always clear. Fear can look like arrogance but so can disordered brain chemicals.  Don’t make assumptions–take some time and observe the symptoms carefully.

As Susanne says, a bad manager may be good for you—although this is rarely obvious in the short term. He may teach you something important about the industry, the company or yourself. She may be the final straw that drives you out the door when you should have left years ago. He may force you to decide that you can do a better job and set out on your own management career.

Just don’t let a bad boss destroy you. Whether you run, hide, fight back or shrug it off, remember that the problem lies with him, not with you.