Skip to primary content
Skip to secondary content
Every once in a while a news story jumps off the page and this one, with its echo of Poe’s “The Black Cat” and “The Cask of Amontillado” struck me as one of them. While the facts of the murder were reported by numerous news outlets, The New York Times published the most in-depth story. Called “In a Cluttered Home, a Dark Secret 3 Decades Old” by Vivian Yee, it takes us inside the home of James and JoAnn Nichols at 720 Vassar Road in Poughkeepsie NY. 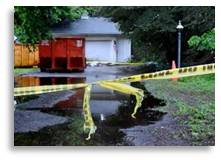 The story began two days after Christmas when neighbors realized they had not seen Mr. Nichols, who was retired from his job at IBM, for nearly a week and called the police. When the officers arrived to do a wellness check, they found him slumped in a chair, dead of natural causes at age 82.

This, unfortunately, isn’t an uncommon occurrence. Neither was the fact that James Nichols hoarded things. He had filled he house with decaying books, tools, trash, cameras and computers. Several sheds behind the house also held loads of junk. Mr. Nichols had lived at 720 Vassar Road alone since 1985, when he reported his wife missing. Their son died three years earlier in a drowning accident.

What the Cleaners Found

Six months later, contractors went in to clean out the decaying house and found something odd in the basement: a hollow-sounding false wall. Behind that wall they discovered a container like a barrel and inside the barrel were the skeletal remains of Mrs. Nichols, wrapped in a black garbage bag and tied with a rope.

The Dutchess County Medical Examiner determined that she died from blunt-force trauma. James Nichols had hoarded her body along with everything else.

I have a question: Did anyone think Mr. Nichols was normal?
The neighbors weren’t surprised. He made them feel uneasy; they called him weird, odd, unemotional and “kind of cold.” They reported that his wife didn’t say much but complained that he kept their dead cat frozen in the refrigerator. It creeped her out when she cooked. She also didn’t like the way he kept the vehicle that had been involved in their son’s death parked out in the driveway.

Who’s Surprised that He Hoarded His Wife?

The police weren’t surprised. A detective on the case called Mr. Nichols, “the coldest individual I have ever dealt with.”  Although they suspected him, they had no grounds for a search warrant. Too bad. A quick walk-through with a cadaver-trained dog would have found the late Mrs. Nichols pretty quickly. 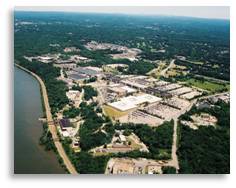 James Nichols worked at IBM for his entire career. Were his co-workers surprised?  Did they suspect him or think he was normal?

I think about all the people who worked with him for those years and wonder whether they accepted him as a normal person with a few idiosyncrasies. After all, who suspects a co-worker of bludgeoning his wife to death?
Did they include him in their activities or avoid him in the hall? Did he go out to lunch with them or eat alone in the cafeteria?  Did his boss like him? Did he supervise others? Did anyone complain about him? Was anyone afraid of him?

What’s In the File?

The articles don’t say what Mr. Nichols’s job was at IBM or in which of the Poughkeepsie facility buildings he worked. We do know one thing, however. In a company as large, as structured, as organized as IBM, James Nichols must have received a performance review every year. Human Resources must have had an employee file on him. I wonder what it said. Did it describe him as a quiet man who got things done? Was he a problem who got passed from department to department? Or did IBM give him an annual “Heckuva job James!”

The files are confidential so we’ll never know. What we do know is that IBM hired him and employed him for many years without finding anything sufficiently problematical in his performance or his conduct to dismiss him. This speaks to the willingness of companies, particularly technology companies, to put up with aberrant behavior.

It also tells us something about the power of denial. However odd Mr. Nichols’s behavior might have been, he clearly never committed a firing offense. People at IBM may have found him strange and unlikable but certainly not homicidal. His behavior at work had no impact on his performance or his ability to do his job, which would have been the only thing that mattered.

Once the crime scene tape comes down and the buildings have been cleared, the house at 720 Vassar Road will be sold. I do hope that the spirit of JoAnn Nichols doesn’t haunt it. After 28 years, she deserves to get the heck out of there.