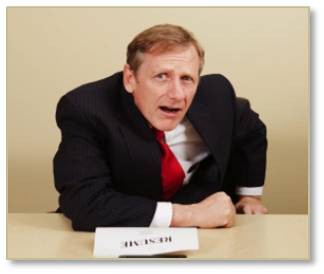 Reading Susanne Skinner’s post yesterday on stupid interview questions got me thinking. David Hunt’s excellent post on the “12 elephants of the jobs apocalypse” brought to mind how stupid policies and unreasonable expectations can become entrenched in the hiring process.

Thinking about interviews I have gone on and interviews I have given, I realized that the best were conversations between two people who were engaged in the process and energized by a new opportunity. The worst involved people on either side of the desk who had no idea what they were doing.

Prime Computer, one of the best companies I worked for, gave excellent management training to all current and prospective managers. What I learned in those courses stayed with me for my career. It included learning how to interview people. The training also taught me how to be interviewed because I understood the perspective of the hiring manager and, thus, how to meet his or her requirements. I learned how to recognize a bad interviewer and pick up on the “tells” when he or she didn’t consider me a good fit for the job – or that the job was a good fit for me.

Here are a few examples of interviews that just didn’t work out, or went south, sideways, or nowhere at all.

At Chipcom I interviewed many candidates who had been cast off by the foundering ship of Digital Equipment Corporation. I could have told you that they had worked at DEC without ever looking at a resume. When I asked them how they would solve a problem or approach a situation, they could only respond by talking about the small piece of the process for which they had been responsible. 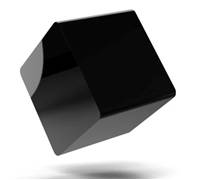 After several of these experiences I formed this picture of DEC as a big conveyor belt that carried a black box along. Each person did his small thing to the box as it rode past – shaping the box, painting it black, putting on a sticker, affixing the price tag, etc. The candidates knew nothing about what happened in the process before or after. They didn’t know where the box came from or where it was going once it passed them and, worse, seemed incurious about it.

As many of these people had worked at just this one company, the DEC way was the only way they knew. That gave them no perspective to draw on. As a small start-up, Chipcom looked for people who could think creatively, see the big picture, jump in to help out a colleague, and think beyond the black box. The candidates who knew just one fixed way of doing things didn’t fit into such a different culture. Candidates, especially for a job in a small company, need to show that they bring more to the job at hand than a narrow range of experience or ideas.

While interviewing for a job a very large high tech company I found myself talking to a man whose main responsibility, as he defined it, was to act as gatekeeper for the CEO. He was quite proud of this status and assigned to himself the same level of importance as POTUS’s chief of staff. (The CEO was no POTUS, trust me.) 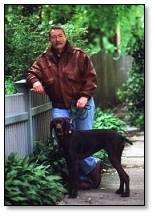 The late Robert Parker and Pearl

I don’t remember him posing any questions that probed my experience, tested my knowledge of marketing, or inquired as to how I would solve a problem. I must not have shown a sufficient level of admiration for the magnitude of his awesomeness, however, because he soon turned the conversation to books in general and the late Robert Parker’s Spenser mysteries in particular. I recognized the kiss of death.

Any time an interview becomes a lunch-time conversation about a completely unrelated, non-business topic it means that the interviewer has no interest in your candidacy and is politely going through the motions before wrapping things up. I have done this myself when I found the candidate a bad fit for the company or the job so I saw the red flag. Later, I wrote my thank-you note for the interview using Mr. Parker’s style so it would read like part of a Spenser novel. A consultant I showed it to later was appalled at my flippancy but, as I explained, if you know you’re not going to get the job—and probably don’t want it anyway—you may as well have some fun. At the least it made my note memorable.

Another time, at a medium-sized company, the hiring manager spent the entire interview talking about the company and the department. He asked me not one question about my experience or my candidacy. I had come equipped with material that demonstrated my competency and my research into the company but did not get a chance to show it to him. Only in the next interview with his boss could I answer some questions and show him what I had prepared.

Interviews are, for better or worse, conversations. Far too many managers who never received training on how to interview properly don’t know what questions to ask or how to probe a candidate’s response for more information. Stupid questions are bad but no questions are worse. Without answers to his questions, how could the hiring manager remember any applicant or rank one ahead of another? When a monologue replaces a conversation, candidates find it difficult to shine. But, yeah, I got the job.

When interviewing candidates for an event-manager position I talked to a sharp individual with great experience. He was very unhappy in the company where he worked and, while he did not criticize the organization directly, the answers that he provided painted the picture of a management style and corporate culture that appalled me. They also matched the company’s reputation in the industry.

Our interview went well, as did his subsequent interviews with other managers and department members. The candidate was smart, competent, energetic, and funny and all the interviewers agreed with HR that he would be a great addition. We made him an offer. He accepted initially but then said that his company had made him a counter offer and he was staying. 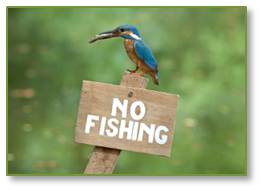 Big mistake. First, he had a good incentive to leave and that wasn’t going to change. No new title or salary can alter an abusive culture. Second, he had burned a bridge. By wasting our time with his fishing expedition—and quite a bit of it—and leaving us holding the bag he left a bad taste with everyone.

Conducting a job search means you are sufficiently motivated to put your resume out there and spend your own time interviewing, It should indicate that you should be ready to make the change. Granted, you can leverage your better title and higher salary on the next jump but you had better hope it doesn’t involve anyone you stiffed the first time—or anyone they’re LinkedIn to.

Susanne hits the nail on the head when she says that interview practices remain stubbornly old and outdated. And we all recognize David’s 12 elephants. On the one hand we can surely create a better process that takes into account new technologies — other than Applicant Tracking Systems — and information sources. On the other hand, the best opportunity for taking a person’s measure remains a face-to-face session. Can we do better than a formal interview in a conference room?