The pesky subject-verb mismatch just happened again and it drives me crazy.

If so, you’re not alone. Many, many Americans suffer from this same syndrome. In fact, I’m beginning to think that most of the people teaching our students today either didn’t listen to or changed the rules of grammar entirely when it came to sentence structure. The subject-verb mismatch proliferates daily.

The Rules as I Learned Them 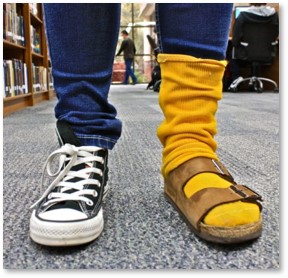 Okay, here’s the deal according to the rules as I learned them. If you automatically match the verb in a sentence to the noun that comes right before it, you didn’t pay attention to the English teacher. If the word that comes before the verb it is the object of a preposition, it’s the wrong word!

A prepositional phrase that comes between the subject of the sentence and the verb is called “intervening.” That’s what causes the confusion because it puts a noun that is not the sentence’s subject right next to the verb.

The object of a preposition is not the subject of the sentence–ever. And the verb matches the subject—always. Otherwise you have a subject-verb mismatch.

Dazed? Confused? Glazing over? Zoning out?

Examples of the Subject-Verb Mismatch

Let me make it simple. Take a headline from Monday’s Wall Street Journal. In an article on “The End of Pop’s Diva Era” by Neil Shah, the subhead reads:

“A new generation of female acts are blurring genres and changing the music industry.”

Clearly, the WSJ editors matched the verb to “acts” but that is not the subject of the sentence. “Acts” is the object of the preposition “of.” The subject of this sentence is actually “generation.”  That means the verb should be singular instead of plural and would thus read:

“A new generation of female acts is blurring genres and changing the music industry.”

The Wall Street Journal’s editors should know better than that. Unfortunately, I see this subject-verb mismatch so often and in so many different places that I think English teachers must be instructing their students to match the verb to the closest noun because they don’t know any better.

Here is another example that I heard at a meeting last night:

“The risk of more major catastrophes grow day by day.”

To review: “catastrophes” is the object of the preposition “of.” The subject of the sentence is “risk.”  The sentence should therefore have a singular verb:

“The risk of more major catastrophes grows day by day.”

I read a lot. In news media, I read The Wall Street Journal, the New York Times, the Washington Post and the Boston Globe regularly. I also read online articles from HuffPost, Slate, Vanity Fair, Politico, The Hill, Hill Reporter, The Atlantic, Rolling Stone, and other publications. I see the subject-verb mismatch everywhere. And I mean everywhere. I also hear it on TV, in the movies and in conversations. 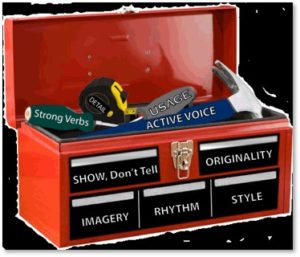 The real surprise is not that so many people do the subject-verb mismatch, but that the offenders are all writers—word people. If you are a writer, words are your friends. Sentences are your tools. Grammar, spelling, and punctuation are the screws and nails you use to attach thoughts to words and build strong sentences.

When a writer doesn’t know how to do this, he’s like a carpenter who can’t hold a hammer or tell a flat-head screwdriver from a Phillips-head tool.

Okay, I started out with an advantage: six years of parochial school. I began first grade at five and the Sisters of St. Joseph didn’t waste anyone’s time with fripperies like art, music, crafts, and naps. We learned the three Rs, plus prayers in three different languages (French, English and Latin). Anyone who didn’t learn got a ruler across the hand or a smack upside the head.

The nuns also used diagramming sentences as a learning tool for sentence structure. I’m a visual learner so this made sense to me and I treated it like a game. Breaking down a sentence into a diagram felt like doing a puzzle and puzzles are fun. The first thing you do is find the subject and the verb. Easy peasy.

By the time I entered junior high in the seventh grade, I knew how to read and write in proper English. What the nuns started continued in upcoming school years and we studied grammar right into my senior year in high school. Matching the subject and the verb correctly had burned into my head. 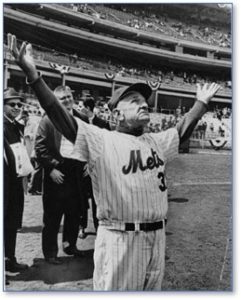 So. I have to ask the question that paraphrases the one Casey Stengel asked of the 1962 New York Mets: Doesn’t anyone here—teacher or administrator—know how to speak this language?”

What the heck is going on in schools today? Students graduate still speaking childhood English. Me and him. Her and me. And worse. Much, much worse. By the time they get to the pesky intervening prepositional phrase, they just throw up their hands and match the verb to the closest word, regardless of whether it’s the subject. I’m not sure they even understand the difference between a noun and a preposition. You know what a preposition is, right?

Then writers go to journalism school where, presumably, no one enlightens them about proper sentence structure at any point before they graduate because they’re supposed to know that already. All that money for a graduate degree and they still can’t match the subject and verb. Too bad.

After which, they go out into the world and write stories, interviews, reviews, screenplays, etc., that spread the subject-verb mismatch among the general population. Those people think that, because the experts must know what they’re doing, it’s the right thing to do.

The Bottom Line on Matching Subject and Verb

Here’s the bottom line. If the noun comes after a preposition, it’s not the subject of the sentence even if it comes right before the verb. Here’s a list of the top 50 prepositions in the English language as a little reminder: