Net Neutrality:  the principle that Internet service providers should enable access to all content and applications regardless of the source, without favoring or blocking products or websites.

Net Neutrality is the internet’s guiding principle: It preserves our right to communicate freely online.

In 2015 the Federal Trade Communications Commission issued the Open Internet Order governing the free flow of content on the internet. This prohibits ISPs from charging content providers for faster delivery and deliberately slowing content from competitors. 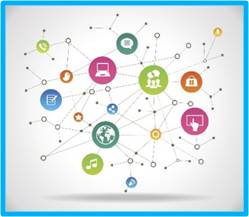 The current FCC regulations underwrite the importance of net neutrality. An ISP is not permitted to slow the delivery of TV shows being streamed by a video company that competes with a subsidiary of the ISP.

Net neutrality allows protesters to rally thousands of people at a moment’s notice because ISPs can’t block their messages or websites.

The new net neutrality rules require all legal content to be treated equally.  Exceptions are granted to special services that do not use public broadband networks, like heart-rate monitoring. Internet providers are classified as common carriers or private companies; selling services to consumers without discrimination.

However, we have a new FCC Chairman, Mr. Ajit Pai, who has clearly stated his intention to “take a weed whacker” to current net neutrality regulations. He has been less clear about how he’s going to do it, but he will have a fight on his hands.

His goal is to return regulatory oversight of ISPs to the Federal Trade Commission, overturning the ‘common carrier’ classification of service providers. Pai believes ISPs would be willing to sign a voluntary agreement not to abuse their power if net neutrality regulations are abolished. Right. Maybe he forgot about that time Comcast slowed Netflix traffic until Netflix paid them to restore full speeds.

Even if ISPs signed a voluntary agreement, putting them under FTC jurisdiction would mean nothing could be done to stop abuses until they’ve already happened.  Good luck with that.

Content providers like Apple and Google support net neutrality. They agree consumers are already paying for connectivity and are entitled to seamless, high-quality service.

Consumers want to protect the openness of the internet, and over four million of them registered their support with the FCC, larger than any other issue the organization has faced. Pai could choose to ignore this fact, but it would be politically and professionally unwise and cast his opposition in an even harsher light.

For Pai to successfully overturn net neutrality through a change in the FCC ruling, he would have to provide a solid argument for why they were wrong in 2015.

ISPs argue against net neutrality, saying it will stifle innovation and force them to increase costs. They claim net neutrality is not in the best interest of consumers, companies, or the U.S. economy, hindering investment across the telecom industry.

Those in favor claim net neutrality is needed to keep the internet open and democratic. Without strong rules the fear is that ISPs can deny access to some websites or redirect users from their website of choice to a competitor. Removing regulations would harm content producers such as Netflix and Google, and affect small businesses. A business that can’t afford to pay for premium service will lose its online audience and advertisers, and will be unable to produce additional content.

The longer the issue is debated the more time advocacy groups will have to generate opposition and act against any changes. With a new President, the threat of a Republican-led FCC is enough to suggest a bipartisan agreement. Rather than risk nullifying the rules, it could lead to both sides taking a seat at the negotiating table to work on a compromise.

How Neutral is the Internet?

The internet is a powerful tool, built from the ground up by Al Gore the people for the people. Most Americans have a limited awareness of internet issues or the impact it will have on them.

It’s an economic, political and technical issue. Both sides argue their position will spur innovation and economic growth. The question it raises is how neutral is the internet?

The internet has never truly been neutral. Affluent companies pay for web designers and software engineers to program sites that load faster and respond more quickly. Publishers own most of the sites we use when we are online.

It’s kind of like Fed Ex. You can pay for three-day economy or you can have overnight delivery—but not for the same price. Not everyone gets the same level of internet service because customers pay for different speeds within their service packages.

On 18 May 2017, the FCC voted in favor of a proposal by Chairman Pai to review existing rules around net neutrality. 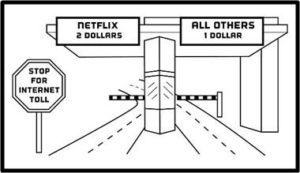 The proposal would eliminate the common-carrier classification for Internet service providers. As common carriers, they are subject to rules that prohibit them from speeding up or slowing down specific content on their networks. Cable and phone companies would be granted control over how we access websites and services and how much we pay for them.

The 2-1 vote begins the process required to change that classification, and triggers a 90-day review that includes a public comment period. The proposal’s goal is to relax regulations that Pai claims prohibit ISPs from charging more for delivering content that requires more bandwidth.

The internet is the single greatest technology advancement of the modern world.  It promotes education, opportunity, innovation, freedom of speech and shared information. People from diverse backgrounds and cultures have access to information they otherwise would not have.

From a social and economic perspective, the Internet must remain an open and accessible resource for everyone.