This is not a political post. Keep reading; you’ll see. 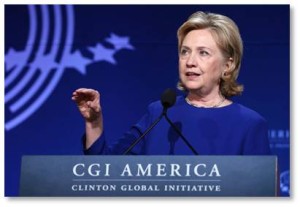 I was at a family gathering last year when my brother in law asked how I could not be outraged by the amount of money Hillary Clinton received for speaking engagements. I was both surprised and amused because I know a few things about professional speaking fees. I replied that I was not outraged for several reasons.

First: I believe in the free market. You have the right to charge whatever you want for your services and the market has the right to determine whether it will pay for them. If it will not pay, you lower your price or change your model. Hillary Clinton has every right to decide what she will charge for speaking to a group or organization. They will either pay it or not. End of story. Why should I be outraged if she talks to Goldman Sachs or any other bank? As bank robber Willie Sutton once said, “That’s where the money is.”

Second: Many of the people criticizing her, including the big mouths of right wing talk radio and TV, are happy to make as much money as they can without explanation or apology. If they can rake in millions for spewing hatred, lies, misinformation, propaganda, and incitements to violence over the broadcast spectrum, why should Mrs. Clinton apologize for making as much money as she can for giving polished addresses on a variety of topics? The Wall Street Journal thinks it’s just fine for CEOs to make $40 million a year but it’s not OK for Mrs. Clinton to charge what she can get for a speaking engagement. Is the amount she makes on speaking over a  year, as one article put it, more than I will ever make in a lifetime? Sure. But so is David Ortiz’s salary. Big whoop.

By the way, the lions of the right wing are out there on the speaker circuit as well but, mostly, they just don’t earn as much. George W. Bush and Condoleeza Rice get $150,000.Sarah Palin charges $100,000 but Dick Cheney only earns $75,000 and Newt Gingrich brings in $60,000. Colin Powell and Madeline Albright charge $50,000 per speech. Donald Trump trumps them all, however, with a speaker fee that makes Mrs. Clinton’s earnings look like chump change: $1.5 million

Third: Some of that money goes to the Clinton Global Initiative, particularly fees from colleges and universities. If you watch this bootleg video of one of her speeches to Goldman Sachs, you will see the CGI’s banner featured prominently on stage. You will also hear what she actually said—which is pretty tame stuff unless you’re a misogynist or a member of ISIS. The Clinton Foundation seeks to, “. . . create and implement innovative solutions to the world’s most pressing challenges.”  These include global health, economic development, health and wellness, girls and women, and climate change.

Fourth: Being paid to speak to a group does not mean that you are now beholden to them. People who are on the speaker circuit do it for a living. They make a career out of sports triumph, business achievements, political status, military accomplishments, celebrity, standing, stupid mistakes, or even tragedies. They do it to make money, to promote a cause, to get even more famous, to change the world, to stay in the public eye and probably for many other reasons. They speak and you pay them. End of story.

Hiring Off the Speaking Circuit 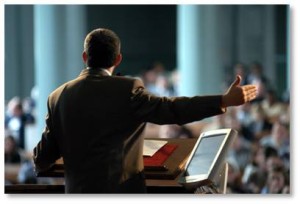 Now, the biggest difference between me and most of the people who find Mrs. Clinton’s speaker fees outrageous is that they have never hired anyone off the speaking circuit and I have. In my career, I have engaged notable people to speak at sales meetings, reseller conferences and other corporate events. It’s largely a process of selection and elimination and this is how it works:

Now, I understand that, when it comes to speaking engagements, Mrs. Clinton has three strikes working against her:

Did I ever expect one of my speakers to plug the company afterward? Did I think they owed the company something in exchange for their fee? Did I think they were in the company’s pocket? Don’t be ridiculous. We paid for the speech and they provided it. Then they went on to the next speaking engagement, probably for another company in another industry. That’s how the speaking circuit works in the real world and the free market.

The free market is ether free for everyone or it’s not free. Not even The Wall Street Journal can’t set up rules that say it’s okay for some people to make millions but not others. Keep that in mind the next time you read one of these inflammatory articles. And think for yourself.