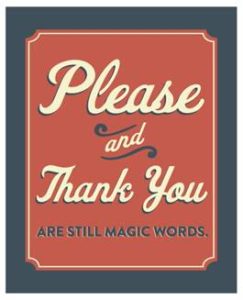 Everyone thinks that the folks in younger generations are undisciplined, lazy, unmotivated and rude—especially ill-mannered children. Today’s children suffer from the same generational malaise. In fact, I think many of them behave like louts or worse. Have parents given up on teaching manners to their children? Instead of ill-mannered, should we call these kids un-mannered because no one has taught them any better?

Now, I know that some do. I hear “please” and “thank you” from polite children on a regular basis. So my rant has to do with parents who have allowed their children to run amok because they think it’s their job to be their children’s friends instead of their parents or they are too busy with other, “more important” issues than socializing their children to become adults, or the kids run the house because everything centers around them.

This issue came to mind recently when I went to the local Barnes & Noble to get a birthday present for a friend. As I was leaving, a young family approached the door. The boy and girl, who seemed to be in the 8 to 11 range, came through the door together and the boy suddenly shoved his sister into the wall hard enough to bring a grimace of pain to her face.  Appalled, I leaned down and said to him, “That was a terrible thing to do. Boys are not supposed to hit girls, ever!”

The boy gave me a startled look although I could not tell whether he was surprised by my words or that I had spoken to him at all. The sister, who seemed accustomed to such behavior, took it in stride. Where was mom? She approached the door slowly, talking on the phone and oblivious to the behavior of her children.

Then, last week, I started to leave the gym when a mother came through the door with her son, probably about 7 or 8. He opened the door wider as I was going through and then began to push past me. I said, “It‘s polite to hold the door for someone who is going out.” Surprised, he stopped, thus holding the door open.

“Thank you,” I said and smiled at mom. She looked both startled and embarrassed—I think—by her son’s behavior. Perhaps she was only discomfited because she hadn’t taught him better manners. One can only hope.

I didn’t always do this but a switch flipped in my head a couple of years ago during a water aerobics workout in the pool. It was evening and the pool was pretty empty. A father came in, dropped off his two children, and went to sit outside the pool area on the other side of a window wall. By club rules, he should have stayed to supervise his children but the lifeguard was a teenager and they do not typically confront adults about anything. 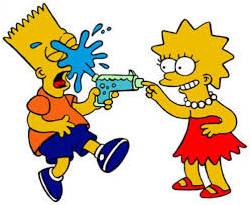 The brother and sister, again in that 9 to 11 range, jumped into the pool and started splashing around. I paid them little mind. Then I noticed that only the boy was doing the splashing and he was aiming it at his sister’s face. She, stoic and probably used to his behavior, tried moving around the pool. He followed her wherever he went, making sure the water splashed continually in her face.

I grew annoyed but I told myself, “They are not my children. It is not my job to discipline them. The lifeguard should say something. I should not interfere.” I repeated this mantra over and over as the boy continued to torment his sister. She told him to stop but he ignored her. From the look on his face he clearly, enjoyed stalking and annoying his sister.

Finally I had had enough. I went up to the boy and told him in no uncertain terms to leave his sister alone. He appeared defiant at first and then frightened. He looked toward his father, who was engrossed in his laptop and paying no attention whatever to his children. I half expected the boy to mouth off at me and tell me to mind my own business. In that case, I would have left the pool and gotten Dear Old Dad involved. But the boy stopped his obnoxious behavior and I went back to my workout. 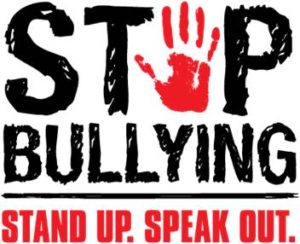 I don’t live in the kind of small town I grew up in where kids accepted the criticism of any adult as a given. These times are very different from the fifties when adults ruled and children minded–or else. As Stephen King says, “The world has moved on since then.” In Texas I could be shot for daring to speak up.

I don’t care. How are children to learn good manners and proper behavior if no one speaks up? A boy who bullies his sister will go on to bully other children—other girls—because he has learned that he can get away with it. Girls who grow up bullied with no recourse from their oblivious parents learn to accept bullying and even internalize it as their lot in life. Ill mannered children grow up to be rude adults and never realize how that lack of what we once called social graces affects their job prospects—or why that cute girl wants nothing to do with them.

So—very occasionally—I say something. I never plan it. These situations pop up quite unexpectedly and it would be easy to just ignore them and keep on going. I hope that my status as a grandmother offers some slight protection, even if it causes me to be dismissed as a bossy old lady.

And, who knows, one of these kids just might learn something. One boy might think twice about bullying his sister, at least in public. One might remember to hold the door open. One girl might think, “I don’t have to put up with this.”