Greta Thunberg is a courageous sixteen-year-old Swedish schoolgirl with a passion for saving the planet.  She’s on a mission, fiercely inspiring the world to fight climate change on an international level. 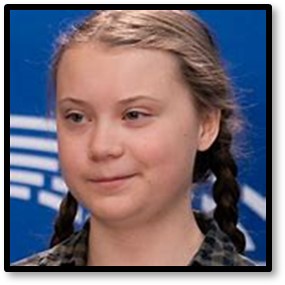 When she was 15, she addressed the  UN Climate Change COP24 Conference with the words, “on climate change, we have to acknowledge that we have failed,”  calling on leaders across the globe to act.   In May, Time magazine featured Greta on their cover, naming her a “next generation leader.”

She has also testified before the United States Congress and organized at least two coordinated multi-city protests involving over one million students; becoming an unexpected and endearing activist for climate change.

In a few weeks the 2019 Nobel prize winners will be announced, and Greta is nominated by no less than three Norwegian members of parliament. If she wins, she will  be the youngest recipient since Pakistan’s Malala Yousafzai, who was 17 when she received the prize.

When I was Greta’s age, I was the poster child for socially awkward teenagers, secretly reading Eldredge Cleaver’s Folsom Prison memoir, Soul on Ice, and straightening my hair with an iron. My greatest accomplishment was my underage admission into the R-rated movie The Graduate. I was clearly getting ready to set the world on fire.

What is Climate Change?

Yes, even I looked it up. I realized I wasn’t sure what the term encompassed and discovered the view outside my window isn’t as well informed or panoramic as it needs to be.

Climate change occurs when changes in Earth’s climate system result in new weather patterns that remain in place for an extended period of time. It can be as short as a few decades or as long as millions of years.

The energy moving through Earth’s climate system is seen in the weather, varied by geographic scales and time. Long-term averages of weather in a region are known as climate. Climate change is a long-term, sustained trend showing changes in the weather patterns.

Greta Thunberg: “There is No Planet B”

Greta inspires me. I am learning all I can about climate change, hoping to become an informed contributor to the solution. I recycle, stopped using aerosols and plastic bags, and recently started using metal straws. It’s something, but it’s not enough. I want to understand the magnitude of change needed to prevent the destruction of our planet. 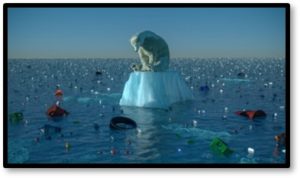 The starting point for my education is the NASA website for global climate change. There is a wealth of easy-to-understand information that makes it difficult to dismiss or deny what is happening.

Spoiler alert: climate change is real. Everything from melting glaciers to fires, floods and plant stress is documented here. It’s hard to look away and begs the question of why so many who are able to implement solutions do not do so.

The face of climate change is represented by one determined young woman, but it must be acted on by all of us, especially corporations and politicians. When earth’s resources are depleted or past repair, there is no Planet B.

People sometimes confuse or equate global warming with climate change, but they are not the same. 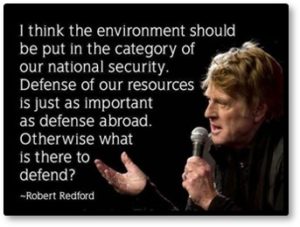 Global warming refers to an increase in the overall temperature of the earth’s atmosphere; attributed to the greenhouse effect caused by increasing levels of carbon dioxide, chlorofluorocarbons, and other pollutants.

Climate change is caused by humans and natural occurrences like the ice age. In addition to fossil fuels, humans cause aerosol pollution by releasing tiny particles into the atmosphere that reflect sunlight and cool the atmosphere and, through deforestation, cutting down and eliminating carbon-storing trees.

The biggest distinction between global warming and climate change is that global warming is almost always (99.999%) human-caused, due to the rapid increase in carbon dioxide and other greenhouse gases from people burning coal, oil, and gas.

This is not our planet’s first climate-change rodeo. Earth’s average temperature has fluctuated throughout its 4-billion-year history, including long cold periods (ice age) and warm periods (interglacial) in 100,000-year cycles for the last one million years.

Warming episodes are triggered by small increases in how much sunlight reaches Earth’s surface, then are amplified by large releases of carbon dioxide from the oceans as they warm.

Do What’s Right or There Will be Nothing Left 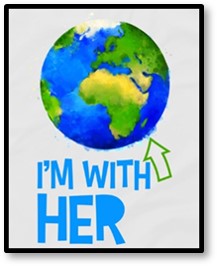 Her ability to grow into public speaking as she enters adulthood is important. She will outgrow her youth, but her passion and commitment to climate change will continue to influence the generations that will ultimately bring reform.

Young people like Greta offer a united voice for change and a model for political activism, championing issues like gun control and the environment with a sense of urgency to act now.

Greta’s words remind us we all need to be activists for climate change.