This is a very complex topic because there is science to back up the anti-vaccination claims about mercury, thimerosal, etc., while the evidence for their safety and efficacy is not as rock solid as the authorities would have us believe. Very few parents have the training to understand the in-depth science behind each argument. Yet parents feel compelled to do what they believe is best for their children, a decision often based on love and fear. 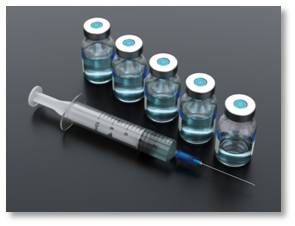 It is not responsible science, for example, to talk about acceptable levels of mercury in immunizations given to infants and young children, never mind adults. Mercury is toxic, and should not be in the human body at all.

Yet vaccines save countless numbers of lives. As parents, we do not want our children to be “collateral damage” or “statistical outliers.” Well, my parents did not want us to catch any disease if there was some medicine to prevent that.

The two diseases every parent feared after World War II were smallpox and polio. We were inoculated against smallpox because science proved the vaccine worked and the pharmaceutical industry (which hadn’t yet lost its “white hat” status) produced enough for everybody. And, we all got the shot because our parents, who had experienced smallpox either first- or second-hand, would have moved heaven and earth to protect their children from it. In fact, if you have an investigative cast of mind, one way to determine if someone is a Boomer is to look at his or her outside arm muscle just below the shoulder. Most, if not all, Boomers have a smooth circular area there, the body’s localized case of smallpox at the site of the injection. 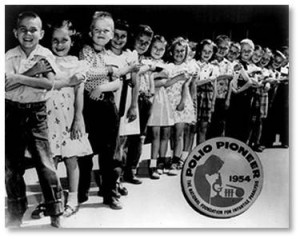 Kids being vaccinated with the Salk Vaccine

When the Salk polio vaccine came out, we got that, too. Literally everyone knew some family or person affected by polio; after all, President Roosevelt became the poster child for polio when it was revealed after the war that he could not walk.

Billy, one of my friends on our block, limped because polio had attenuated one of his legs. He was lucky. I am sure you have all seen pictures of people lying within iron lungs, huge metal contraptions that replaced lost muscle function by helping polio patients breathe. Later, the oral Sabin vaccine provided an alternative to the injected Salk vaccine.

Fish in a Barrel

Yet, everyone in the United States, from my Boomer generation going forward, grew up with vaccinations and inoculations as an accepted part of life. Note though, that for Boomers, the medical authorities made these available to us as they were developed. For example, when I was a kid, I and all my friends and schoolmates had all the “childhood” diseases–measles, German measles, chicken pox, mumps, whooping cough (a.k.a. pertussis), scarlet fever (now called strep throat),—and we all survived and acquired lifelong immunity. That is the textbook way nature is supposed to work; survival if the fittest.

If there had been vaccines to prevent these diseases (like there are today), our parents would have dragged us to the doctor’s office to get them. Alternatively, the public health infrastructure in this country, probably the best in the world then and now, worked with public schools to inoculate all pupils;they got all the fish in one barrel. But modern medicine, with the best of intentions, found ways to allow many more than just the fittest survive. And, therein lies the crux of the matter. 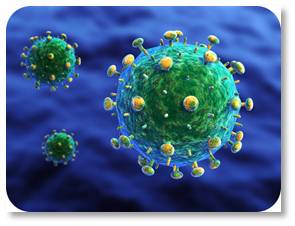 Last year, I allowed my doctor to frighten me into getting the shingles vaccine. He emphasized, rightly, that shingles could make one’s life a misery. I’ve known people who contracted shingles, and it is terrible. And if you had chicken pox, you have the varicella-zoster virus inside you. It can erupt into shingles at any time, usually triggered by stress.

But here’s the thing: Just two days ago, Aline had lunch with a woman who got the shingles vaccination and STILL got shingles! She suffers grievously. I once spoke to the woman leading the anti-HPV (Human Pappiloma Virus) movement. Her adolescent daughter got the vaccine. Within a week, she died. And yet, I have had medical doctors tell me to my face that the HPV drug is completely safe.

If you read this piece in the hope that I could provide a definitive solution, I am sorry to disappoint you. But, as I noted at the outset, the intricacy of the issues and the knowledge that whichever camp you support, the decisions you make for your children are often irrevocable, make vaccination controversy one of the biggest ethical challenges of our time.