If you’ve been in the workforce a while, you know this subject well. You remember the good ones, the bad ones and all the ones in between. They shaped your career and influenced your professional development. I’m going to talk about managers at each end of the spectrum. Both contributed to my professional development and have a lot to teach us. I have distilled them down to one word each – hubris for the bad ones and humility for the good ones.

Traits of a Bad Manager

There are many traits attributed to a bad manager, but the overriding one is hubris. Hubris cannot be dismissed as a character flaw whose implications are limited only to the individual involved. It is a bad omen. It is a harbinger of what lies ahead for everyone.

Let’s get the bad one out of the way. Truthfully, there was only one bad one, and I am choosing this word deliberately. She (yes, a member of the Sisterhood) was a Bad Manager. It was a long time ago, but I owe a lot to her. She showed me the person I did not wish to become and the kind of person I would never work for again. Bad Managers are rare and I had only one worthy of the title. They are not the norm. Bad Managers will always be outnumbered by the good ones.

That being said, they will teach you something and one day you will appreciate it.

I will go out on a limb (from my one experience) and say that in most cases the company is fully aware of this individual. When I asked colleagues to share their worst manager experience with me they also shared this truth. The employer – from HR to the Executive level – knows it and looks the other way. This person’s behavior is known and condoned. Even the most professionally orchestrated complaint or attempt to expose this behavior is the beginning of the end of your career. It will not change them and you will not remain there. A complaint exposes the individual, and casts a spotlight on company values and ethics. It never has a happy ending. 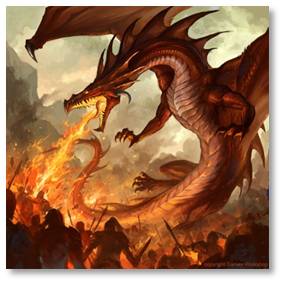 A bad manager is different from an ineffective or incompetent one. Good people can end up in the wrong job – it happens. You get through it. In some cases they are moved along to a place with a better fit, the department reorganizes or you move on. It’s a shuffling game.

The Death Star of Business

A Bad Manager is like the Death Star. People around them are annihilated. They leave a trail of emotional, administrative and decision making wreckage. Admit it; we all know someone like this. You know you’re working for a Bad Manager if:

People will go to work for a company but they quit a manager. I quit after less than a year. Two months into it I knew – but I stayed because I didn’t know what else to do. I had never quit a job. How would I explain it? I took it as a personal failure and spent a lot of introspective time trying to pinpoint where the failure occurred. One day it came to me. It was as much about me as it was about her.

During the interview process I failed to ask the right questions. I neglected to examine this person’s track record, just as she was examining mine. This company sought me out, offered me a salary increase and I said yes. I did minimal research on the company though a great deal of information was available to me. I did not look beyond the offer to assess the fit, the personalities and the dynamics of where I would be working. It was as simple as that. There was much more I should have done before making the leap. In retrospect I can see where a little more due diligence on my part could have prevented a career misstep.

I am not sure what made me feel worse – this new insight or the fact that it was preventable. To paraphrase Autumn Kohler, it felt like I was standing barefoot on broken glass. It really hurt, and walking away hurt – but in walking away I eventually healed. 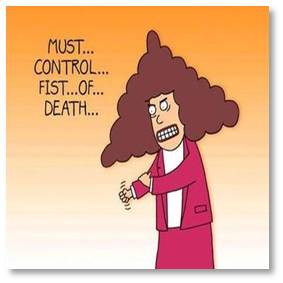 Learning from a Bad Experience

In hindsight, even a bad manager can be good for you. I’m not recommending you go out and get yourself one, but it is a teachable moment. A bad one allows you to appreciate a good one. You also learn something about yourself. I thought I knew where I fit and what kind of manager fit best with me. I underestimated the impact a manager had on my day- to-day ability to come in, get work done, and leave with a sense of accomplishment. I gained a new perspective from the experience as well as a new company and manager.

Join me next week for “Managers Part 2 – The Good Guys.”