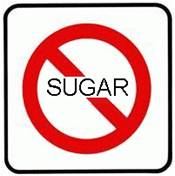 When I was a boy, few people in my circles knew the word “diabetes.” What they would say is, “He’s got sugar.” Today, more people know something about the kinds of diabetes and other problems with sugar. While the awareness has grown, however, it is nearly impossible to escape sugar in one’s diet.

Under many names, some clear and some murky, food manufacturers include sugar in many foods, from cold cereal to “healthy” snacks. In this post, I shall provide you with basic information about the kinds of sugar (a.k.a. carbohydrates), the problems sugars can cause, and how to manage dietary sugar. 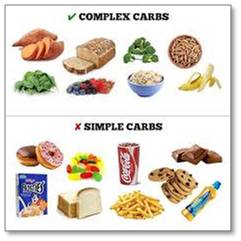 There are numerous kinds of sugars. The simplest sugar molecules, the monosaccharides, are fructose (fruit sugar), galactose (a milk sugar), and glucose. Sucrose is a simple sugar also, but it contains more than one molecule.

Upon consumption, fructose is absorbed and converted into glucose by the liver in the same manner as lactose. Sources of fructose include fruit, honey, and high-fructose corn syrup.

Galactose is not normally found in nature in large quantities; however it combines with glucose to form lactose in milk. After being absorbed by the body, the liver converts galactose into glucose so that it can be used to provide energy for the body.

Glucose is the main sugar metabolized by the body for energy. Sources of glucose include starch, the major storage form of carbohydrate in plants.

The Glycemic Index—Not the Whole Story

Almost everyone in diet-conscious countries is familiar with the glycemic index (GI). GI refers to how fast blood sugar rises after eating a specific food. Here’s a comprehensive chart of GI indices and the equally important glycemic load figures for different foods.

At least equally important as is GL, or glycemic load (not Green Lantern). GL quantifies the amount of sugar in a food, regardless of the GI. It turns out that the body’s reaction to sugar in any food is dose dependent; i.e., how much of the sugar-containing food you eat can be more important than that food’s absolute ranking on the GI scale.

Importance of the Glycemic Index

Why is GI important? The speed with which sugars enter your bloodstream is directly related to the amount of insulin produced by the pancreas. For example, after a large meal, diners often experience a post-prandial spike of glucose entering the bloodstream.

The pancreas, ever vigilant for such rapid rises, senses the glucose and produces insulin to convey the glucose to cells. There, mitochondria “burn” the fuel for energy. However, repeated bursts of insulin into the bloodstream force the pancreas to make ever-more insulin.

Eventually, the cells cannot handle any more glucose; they become sated. The pancreas senses the extra glucose and makes even more insulin to convey it to cells. Over time, the body develops insulin resistance to protect itself from the influx of free, or unused, insulin in response to glucose overload. And, since the body’s insulin no longer delivers sugar to cells for energy consistently, the cells can run short of sugar. This can result in hypoglycemia, or low blood sugar.

Another way the body protects itself from the glucose is to turn it into fat. This in turn can lead to Type II diabetes, as the body can no longer manufacture appropriate amounts of insulin to deal with the onslaught of repeated glucose spikes. This also hints at a way to help avoid the glucose spikes that cause the body to malfunction.

The Other Carbohydrates—Fiber and Starch

Remember Mom telling you to eat all your fruits and veggies? Well, Mom was right. Again. The body cannot digest fiber well or, in some cases, at all. But the fiber still contributes to complete, healthy digestion and bowel movements. 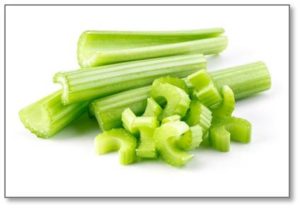 But, fiber provides another benefit. Because the body has so much difficulty digesting fiber, the rate at which sugar is digested and absorbed into the bloodstream becomes slower and more regular. In other words, no more post-prandial spikes of glucose. So, while it is still a good idea to monitor the GI and GL of the foods you eat, when you eat fiber with or just after food, it can lessen the concern. My personal practice is to have a couple stalks of celery after a heavy meal. Then I know that my body will not be subjected to a sudden influx of glucose.

Starch is the storage form of glucose inside plant matter. Unlike the monosaccharides, starch is a polysaccharide, a molecule composed of many monosaccharides linked together. During digestion, the body breaks down the polysaccharides into a form that it can absorb. As you may recall from the start of this post, the three absorbable forms of nutrients that starch can provide are glucose, fructose, and galactose.

Confused? Welcome To The Club!

As you might guess, this basic information just scratches the surface of the body’s incredibly complex biochemistry. But, here is an anecdote I recall from many years ago that can put dietary vigilance in perspective:

A team of scientists discovered a tribe of natives in the wilds of South America. These folk had never had contact with civilization. Somehow, the scientists persuaded them to allow blood to be drawn, and the lipid profiles documented the observation that these people were in excellent physically health.

Then, the scientists asked volunteers to eat food from the Western diet that they had packed in. A week later, more blood was drawn. Lo and behold, the lipid profiles now resembled those of Westerners who ate a “Western” diet.