How many times have we wondered how to start over? Felt the need to right something that went wrong, overcome impossible obstacles, even heal a broken heart? We stumble through the process of fixing ourselves searching for a way to begin again. 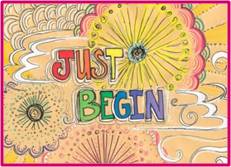 Books have been written on this subject that leave me wondering if there are less complicated or at least simpler paths and I conclude there aren’t or someone would have written them. I was watching TV the other night when I found a plausible alternative on Grey’s Anatomy: just begin.

I confess to being a fan. I don’t watch the program every week; you can follow the plot line easily enough with a show here and there. It’s a medical drama with serious hospital stuff going down; heavy on complex and convoluted relationships.

I finally got around to the two-part season finale. The lead character, Dr. Shepherd, is a surgeon (played by Patrick Dempsey) and the focus of the story. Rumor had it he was leaving the series; the tabloids claiming creative differences with the series creator. When you hear that it can only mean one thing—he was going to die.

Shonda Rimes, the creative force behind this show, was indeed writing him out in a plot guaranteed to prevent any Dallas-like “I must have dreamed it” shower scene comebacks. Spoiler alert: he dies in a car crash.  Double spoiler alert: a more proactive ER doc would have saved him. But Dr. Shepherd needed to be dead and that’s how the writers dealt with it.

By the end of part one, he was most definitely dead, but there was another hour left to watch.

His death leaves behind shocked family, friends and colleagues, his pregnant wife and children, and an unfinished life. Part 2 was about the process of starting over.  Dr. Shepherd played a significant role in their lives: husband and father, teacher, medical hero, and mentor. All of them are coming to terms with his death. Nobody is reading a book on how to do it.

I notice how each character is allowed to feel what they are feeling. Everyone has an opportunity to share their loss and their memories, trying figure out what comes next. Each of them processes their grief differently, focusing on how their lives were changed by this man. I know it’s television, but sometimes the writers get it right.

We deal with things life throws at us in our own time and way. No two people are the same; and that makes the process unique—and in this case the second hour of a TV program. But the takeaway here is that there is no single right way and the writers were brave enough to show us there is no wrong way. In one scene a group of women decides the best thing to do is dance it off. We must be allowed to find our own paths and starting points and not allow others to define them for us.

The only reason you should look back
is to see how far you’ve come.

Having started over more than once I hold up a few of my do-overs against what I’ve seen on TV. I examine failed relationships, job loss, my mother’s untimely death from cancer and the many times things just didn’t turn out the way I’d planned. 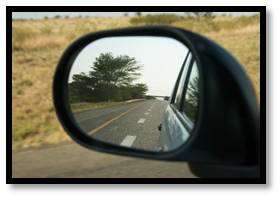 We all have stories. Mine are no deeper or sorrowful than anyone else’s, they are just my life; reflections of things that shaped and changed me. Charles Darwin got it right when he said the ones who adapt to change are the ones who survive because I’m still standing. Expectations and disappointments happen to all of us—how we respond is what defines us.

Plans are funny things. We make them, but we can’t always control their outcomes.  Our world and our lives are often affected by circumstances beyond our control.  Decisions we make, occurrences in the space around us, even happenstance can cause plans to change or simply disappear. We‘re confronted by the unexpected and forced to alter our course.

And we do. Like the characters on @GreysABC we process what has happened and we are changed by it. Sometimes we have to start over.

The characters on this show are flawed, just like you and me. The fact that most of them went to medical school and are surgeons in a big hospital is where our lives deviate but I was able to overlook that in favor of some practical life lessons.

They grieve individually and with each other. They laugh and cry and talk about what happened, wondering how—or even if—they can move on. At first they can’t, but eventually realize they will, given time, move beyond the pain they are in right now.

The infrastructure of their friendship speaks strongly to this, showing the support system necessary for anyone going through a difficult time. They are present to one another and in the midst of their sadness there are moments of celebration, allowing life to go on around them. It’s what makes them resilient. Real life is like this too.  In the depths of our own despair there is joy, and friends to share the journey with us. With enough love and time we are able to find a new starting point.

When its television the story can fast forward; compressing time and leaving us with the impression the characters are superhuman. What takes time and more time is told in an hour. We know different. Nobody is exempt from heartache. When it comes it spins us out of control and it takes as long as it takes to bounce back. No rules, no judgments.

As the show is ending, Dr. Shepherd’s wife, also a surgeon, asks herself how she will start over again and answers the question by saying, “I’m ready; all I have to do is begin.”