We’ve been dealing with some serious blog topics lately. The Great Depression, Nazi art theft, unemployment, the gender salary gap and Afghanistan to name a few. It’s time to shift to a lighter topic. It’s time to have a few words about Kale. 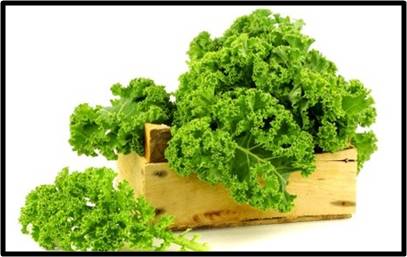 Kale has become the new holy grail of health foods. Touted as the new super food and the queen of greens, kale has developed a cult following. Somewhere between broccoli and spinach, Kale became the new It vegetable and a culinary trend that has taken hold. It has its own book, Fifty Shades of Kale, a host of web sites and fans to promote its health benefits, and a powerful PR machine reminding us to Eat More Kale.

Is it just me, or has anyone else been wondering when this happened? This giant green leaf is being served at trendy restaurants, added to smoothies and taking over cooking shows and magazines. The kale bandwagon arrived and everyone jumped on it. Everyone but me. Warning: personal opinion ahead.

To me, kale is just plain nasty – it does not taste good. It is bitter and tough, with an unpleasant earthy flavor. If cabbage, dirt and radicchio had a three way baby, it would be kale. I like cabbage and radicchio, but vegetable DNA should maintain respectable boundaries. It even feels funny – like maybe it’s not real. 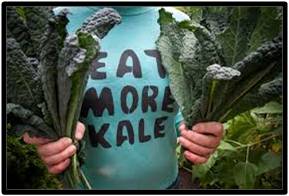 In just a few years kale has risen to culinary greatness; sitting on the food throne while recipes and web sites fall at its feet. But this vegetable lacks the confidence to stand on its own – it seeks the company of others to become palatable. Kale needs eye candy to distract us from its flavor shortcomings.

Be wary of a recipe that offers the addition of other foods claiming to make the main ingredient taste better. Cauliflower and kale au gratin, kale and mashed potatoes and kale pesto are false gods, designed to mask bad taste with flavors that will override it. This never works. One web site offered kale macaroni and cheese which is just plain wrong. Another suggested words that struck culinary fear in my heart: Kale Sprinkles. Apparently there are no rules about what can be done with kale.

I would be remiss if I failed to mention the “add ins” like cranberries, pine nuts, figs, lemon, mushrooms, spinach (you can’t fool me) onion and garlic. There is no traction here no matter how hard they try. The bigger question is why bother? There are many healthy options to choose from that taste good.

I love food and I love to cook. I keep an open mind when trying new ingredients and flavor combinations. I approached kale with interest and curiosity. There is no shortage of information here. Suggestions for preparing it abound, but there seems to be a universal acknowledgement that its flavor will not lead to fighting over the last bite in the bowl.

One recipe suggests mashing an avocado and (not making this up) “gently massaging it into your kale to reduce its toughness and mellow its flavor”. No matter how hard I try I cannot un-see this. I’d like to think all those photos of Miley Cyrus sticking her tongue out were taken after she tasted some kale. Maybe that caused her to start twerking. Perhaps other famous people had similar reactions. 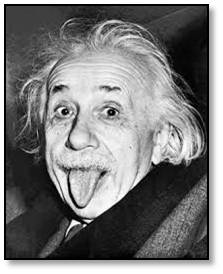 So what’s all the fuss about? Kale did not have elegant beginnings. It started as a poor man’s food because it was easy to grow. Relegated to food co-ops, farmers markets and juice bars made it more of a health trend and plate decoration than a main line veggie. Thousands of Eat More Kale t-shirts later it has achieved a position – hopefully brief – in the vegetable hall of fame.

Kale does have redemptive value in its nutrients. It’s a green, leafy vegetable in the Brassica family, which includes broccoli, cauliflower, cabbage, and Brussels sprouts. It is low in calories, high in fiber, and very high in vitamins K, A, and C, antioxidants and lutein. I can’t argue with that, but it still doesn’t taste good. I am sure this statement will not sit well with the Friends of Kale, but I gave it my best and did not feel the love.

Food fads eventually lose their mojo. Just ask the acai berry. Before you can convince yourself to try it again with the hope that you’ll like it, it’s pushed off the throne by a new favorite. Food trends have a fleeting kind of fame and I hope this culinary love affair is winding down. Look sharp kale–those are collard greens in your rear view mirror and they’re gaining on you!

You might be wondering if I can say anything nice about kale and the answer is yes. It carries its weight in health benefits for those who can actually eat it and regular servings will protect you from vampires.