As my friends and readers know, I’m a big fan of science fiction movies and I’m enjoying the new rash of films based on dystopian young adult novels. It doesn’t matter to me that their target audience is decades younger than I am.  My mantra is that you’re only young once but you can be immature forever. Embrace your inner kid. 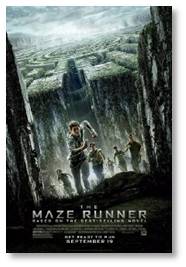 Besides, most YA dystopian movies offer better science fiction than their more “mature” counterparts. There’s better character development, less mano-a-mano violence, fewer CGI characters and eye-popping special effects. In a way, they are grittier, more personal and, for that reason, often more gripping.

The Maze Runner is a classic book in the YA dystopian genre and Director Wes Ball turned it into a movie that’s a lot of fun.  Here’s the synopsis from Rotten Tomatoes: “When Thomas wakes up trapped in a massive maze with a group of other boys, he has no memory of the outside world other than strange dreams about a mysterious organization known as W.C.K.D. Only by piecing together fragments of his past with clues he discovers in the maze can Thomas hope to uncover his true purpose and a way to escape.”

Five Themes of YA Dystopian Movies

Young adult dystopian movies tend to repeat certain themes that reflect the feelings and struggles of the teens around us: 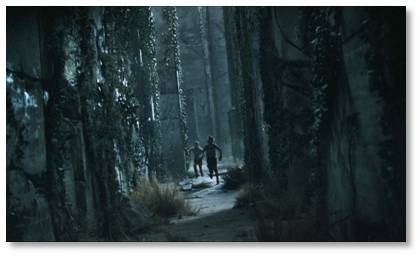 None of these themes is a surprise, really, because they reflect the very business of being a teenager.  Most teens are just ordinary kinds who are struggling through a difficult time in their lives and totally clueless about who they are as well as who they want to be. Angst, confusion, growing awareness, exploration of new body shapes and urges, indecision about what to do, rebellion against the present and fear of the future are familiar to everyone who has been through the process of adolescence and come out the other end as a grown-up.

Ewan Morrison in The Guardian takes a much darker look at YA dystopian films. He thinks that they are a kind of organized right-wing propaganda that teaches kids to be good libertarians fighting against oppression by the state.  He says, “What marks these dystopias out from previous ones is that, almost without exception, the bad guys are not the corporations but the state and those well-meaning liberal leftists who want to make the world a better place.” On the other hand, Andrew O’Hehir in Salon sees these films as “capitalist agitprop.”  He thinks that, “They are propaganda for the ethos of individualism, the central ideology of consumer capitalism, which also undergirds both major political parties and almost all American public discourse.”

Wow, that’s a lot of heavy thinking about — and big words thrown at — movies that basically aren’t that complicated. That’s what happens when adults look at a movie from an adult perspective and grown-up awareness when the movie actually speaks to adolescents with approximately seven years of real-life experience. Mr. O’Hehir actually asks, “Where, in the contemporary West, do we encounter the overtly fascistic forces of lockstep conformity, social segregation and workplace regimentation seen in these stories?” Well, people, today’s kids encounter that in high school, just as we did when we were their age. 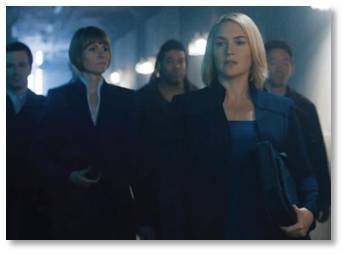 Teenagers don’t parse out levels of authority as statist or communist or capitalist. To them authority is made up of one big amorphous group labeled “Adults.”  Parents, teachers, coaches, principals, doctors, politicians, business executives, tyrants—they’re all just adults. And adolescents live to rebel against adults. Has everyone forgotten that?

To teens, adults are dull, boring, un-cool drudges or robots who sleepwalk through life without any real understanding of what TRUE LIVING is all about. One has the freedom to think that way when one’s only responsibilities are, as I said in a previous post, to (1) go to school, (2) finish your homework, and (3) avoid doing anything so egregiously stupid it puts you in the hospital.

I may be a card-carrying Baby Boomer (AARP card) and former Flower Child but I remember high school and what it was like to be a teenager. That’s one reason I enjoy watching these young people struggle through it on the big screen. I also applaud an exciting new crop of heroines and female role models who didn’t exist back when I was in high school. Girls today can dream of being Katniss or Tris. They can see that being competent at something like archery or taking a big risk like joining Dauntless can have big rewards. That’s far more important to me than parsing whether the forces of authority are left-wing statist utopias or right-wing fascist tyrannies.

Kids gotta do what kids gotta do—which is to struggle through adolescence, find themselves, and become functioning adults in the real world. The Maze Runner is an interesting way to watch that play out in the microverse that is the Clearing and the Maze.  We enjoyed watching this movie. It’s got action, character development, mystery, suspense, and challenges galore. The Maze is big and impersonal and authentically scary. Who built the Maze and why? Do the Grievers really kill Runners who get caught in the Maze overnight or does it just sound that way? Is it possible to get out of the Maze? And what’s on the outside, anyway?

If you enjoy this kind of movie, you’ll like The Maze Runner.  As in the real world, the characters have lives that are messy and full of mistakes. They are burdened by fear and guilt. Some are growing up and some are hiding from maturity. They take chances—some of which turn out OK and some of which don’t. You’ll cheer Thomas on as he gradually, unintentionally, becomes a leader.  And, unless you read the book by James Dashner, you’ll be intrigued by #MazeRunner’s ending. You might even look forward to the next installment. I am.