This morning while stretching out I saw a story on the Today Show about how the editors of ELLE and Esquire magazines have collaborated on another approach to “decoding the sexes.” This dialog all started years ago, of course, with Men Are From Mars, Women Are From Venus by John Gray but we don’t seem to have made much progress. Maybe each side read what they wanted to see in that book. Perhaps more Venusians read the book than Martians did. 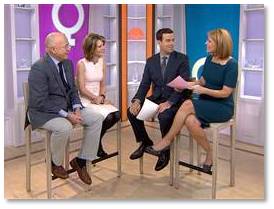 The first and most important point Mr. Granger mentioned about “manspeak” is that men want women to “take us at our word.” Men mean what they say and they say it directly. Here’ are some examples in ELLE magazine’s explanation of what men say and what they really mean. So when a man says to a woman that she is pretty, that’s what he means. There’s no subtext, no hidden message, no innuendo. Fair enough.

One of the things this editorial dialog revealed about women, on the other hand, is that we care about what men look like. We like a man “who has game,” one who has it together and can dress up to look the part. As Ms. Myers says, “We notice how you dress. We notice how the shirt fits.” She recommends that men put in a little effort, wear things that fit—not what fit 10 years ago. She suggests they upgrade essential items like glasses. Getting men to dress up shouldn’t be so difficult.

At night, however, we see the big difference as these couples head out to restaurants for dinner. These are not the models you see in resort brochures; they are real people.

Men and Women Dress Up

How the Men Look: The men wear wrinkled cargo shorts, a collarless tee shirt and sports sandals. They look no different from the way they looked in the morning—as if they’ve gotten advice on their evening attire from Outside magazine. In this context, they look like little boys who have never learned that grownups wear one thing things to the beach and something totally different to a nice restaurant. They simply don’t know how to dress up — or even that they should. 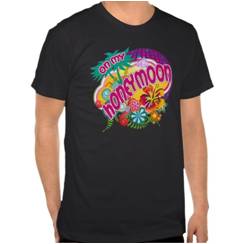 Don’t Be That Guy

Making the Extra Effort to Dress Up

Maybe yes, maybe no. I’m just saying that it wouldn’t hurt for men to make that extra effort sometimes. A man should  think about how he reflects on his wife’s good judgment in marrying him. It would be excellent for him to grasp that his appearance creates a perception about his level of maturity–and his status. Would it be so difficult for him to pay attention to his appearance and dress up a little?