Like many other cities, Boston has statues of horses and, like other cities, they mostly serve as mounts for famous men, like George Washington and Paul Revere. But two horses called Paint and Henry graze in a garden outside the Copley Place mall, minus rider or tack.  and Henry and they have a history that’s more retail than martial. 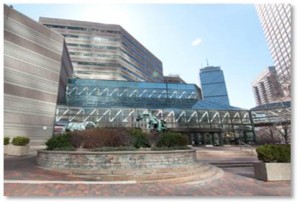 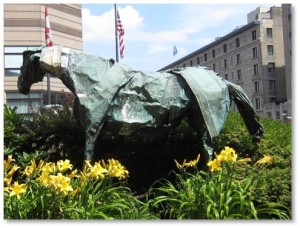 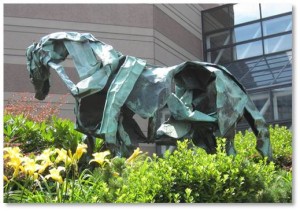 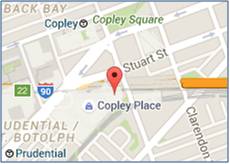