Try not. Do or do not. There is no try. ~Master Yoda

Ready or not, 2018 has arrived. We’ve got work to do, and there’s no better time than right now to become the change we need to see in our world. The questions are (1) What do you what to do?  (2) What must change on a personal level and a global scale to make our lives happier and better? 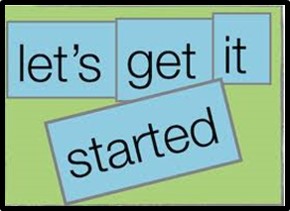 Every one of us is an agent of change. Collectively we own the future. We (and our children) will live into decisions we are making now. If we are waiting for “someone else” to step up, we are destined to accept those changes on someone else’s terms.

What we say and do impacts us on an individual level and dominos into what happens around us. When something is out of balance, the first step is to acknowledge it and actively join the force that will bring about change. There is no other way.

The New Year offers everyone a fresh perspective. Let’s take that blank page, renewed energy and determination and get this party started!

It’s a tall order for day two of the New Year.

The 2016 presidential election showed the world just how powerful that statement has become. Those who wanted a change in government were brave enough and bold enough to vote. Were they misled or misinformed? Did they believe everything they were promised? Did the wrong person win? It really doesn’t matter.

Those who did nothing lost. Those who believed there were no good options and threw away their vote lost. Those who failed to care—to read, research and act—were left with the after-effects of apathy and complacency.

We can argue party perspective, personality, popular vote and Electoral College but…

It’s irrelevant. If you did not like the results and did nothing, or were waiting for someone else to do something, you did not act on or speak up for what you believed in. Silence, apathy, ignorance and inaction created the situation we are in. They are the backbone of any condition that is unresolved.

This simple fact covers all your bases. No matter what you are unhappy about, you can choose to create the changes you need to be happy. 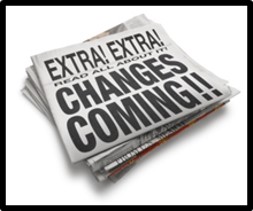 The very wise Dalai Lama says we can always ask God or Buddha to fix our problems but first we must ask who caused them. If God or Buddha did, then surely, he can be persuaded to fix them. But since he did not, only we can fix what has broken.

The work ahead of us belongs to us.

If you think the solutions we need someone else’s responsibility, you must rethink your strategy.  If your voice is powerful enough to argue against the status quo, it is even more powerful as a change agent.  When we remain silent we pave the way for those who speak the loudest—even if we don’t support what they are saying.  Silence becomes passive complicity. Own what you believe in and stand up for it.

“Only a crisis – actual or perceived – produces real change. When that crisis occurs, the actions that are taken depend on the ideas that are lying around. That, I believe, is our basic function: to develop alternatives to existing policies, to keep them alive and available until the politically impossible becomes politically inevitable.”

Change happens when we identify what matters. Social, economic and political upheavals create the environment that brings about reform.

A resolution, New Year’s or otherwise, has an 80 percent chance of failure within 30 days. Vowing to lose weight, quit a job, stop smoking, save more money … it doesn’t matter since most are vague and  fail to deliver. The underlying reason is that we make resolutions without a plan to carry them out. They are out of alignment with what is achievable; lacking focus and accountability.

To make a resolution work, a change in behavior is required. That means changing the way we think and act. Saying “I am going to lose weight” has no weight behind it. Re-evaluating what you eat, adding daily exercise, finding a support group and setting realistic milestones—ten pounds in 10 weeks—is a workable resolution. Achieve it, celebrate it and set the next one.

The same thinking applies to change at any level, including local and state governments. Get involved, be part of a plan, and hold one another accountable.  Exercise your vote—battles were fought to ensure each one of us has a voice and a vote. Don’t waste either one of them.

Engage in a little Positive Defiance—a 1970s term for change that had its roots in nutrition research in under-developed countries. It represents behavioral and social change based on the observation that (in any context), individuals facing shared challenges, constraints, and resource deficiencies will create and implement successful behaviors and strategies that lead to better solutions. 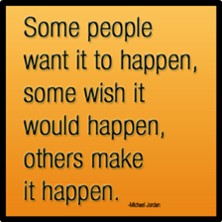 May you find the strength of your convictions, the courage to speak up for them, and the determination to bring them to life. Be defiant!  In  2018 celebrate the satisfaction of being part of the solution.