In case you have been wondering whether you do enough for your children, whether they are safe enough, whether they spend enough time indoors, or whether they have sufficient entertainment at their beck and call, don’t worry. A new housing trend is riding to your rescue. It’s called the “teen wing” of the house: not a room, not a suite—a whole darn wing.  If your house isn’t big enough to have wings—or to add a teen wing—you can probably stop reading now.

An article by Candace Jackson in The Wall Street Journal’s Mansion Section (yes, that’s what @WSJ calls real estate), entitled “Go To Your Room!” tells us what this trend is all about.  It seems that parents are looking for “creative ways to keep older kids hanging out at home.” That’s a surprise. Most teenagers are so self-centered and annoying that parents can’t wait for them to head out the door—preferably to a part-time job where they can learn the value of work and how to get along with people who aren’t like them.

I have always thought of adolescence as a growth process. Your kids go out into the world to grow and learn when they’re still young enough to come back to a safe home, where they can ask questions and figure things out. It seems that for today’s helicopter parents, however, letting the kids out into the world is too scary to contemplate. It’s so much easier to keep them in a comfortable and luxurious gilded cage, a residential minimum-security prison. One designer, Christine Markatos Lowe, says that some of her clients are “looking for a space where they can casually keep an eye on their kids’ computer activities.” A San Diego mother turned a pool house into a teen lounge “partly as a way to keep him home after he got his driver’s license.” And in Santa Monica, a father created a dedicated kids’ room so the parents “can monitor the kids’ screen time from afar.” 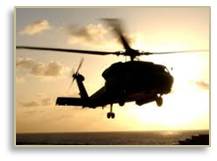 Those parents aren’t using ordinary helicopters to hover over their children, they’re black helicopters. Maybe drones. To a degree, of course, this is understandable. What father of a teenage boy hasn’t felt a stab of terror when his son walked out the door, car keys in hand?  What mother hasn’t sighed in relief and gone to sleep when her daughter finally pulled into the driveway?  What parents haven’t struggled to balance giving the kids some privacy with making sure they aren’t talking to sexual predators online?

A Step Too Far

But still, this is going too far. I’m not even talking about the sheer excess: ping-pong and billiards tables, a whole interior basketball court, a DJ mixing station and karaoke theater, pinball machines, Hogwarts-style secret passages and even a Batcave. One man built his kids a 1,000-square-foot teen suite in Manhattan: this in a place where my walk-in closet would be marketed as a studio apartment. No, it’s the attempt to keep young men and women from learning how to be actual adults that bothers me. Growing up and becoming independent is a messy process, one that involves trial and error, having some successes and making some mistakes. You scrape knees and bruise elbows, maybe break an arm. You learn not to do those things again—or to do them more carefully. You drink too much and throw up and think about whether that was an enjoyable experience. You decide not to get in a car with a driver who has drunk too much. You land a part-time job and learn that you need to be there on time, showered, presentable and ready to work hard, even if the work is boring or dirty. 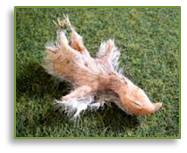 Living in a safe and comfy cage doesn’t teach kids anything, which means they go out into the world older but not wiser. The mistakes young adults can make then have greater consequences but they will lack the decision-making skills to prevent real problems. Some kids of helicopter parents get to college age without knowing how to make a decision—or even that they are expected to decide anything at all.

These parents may be “loving and conscientious.” They may be more involved with their children and spend more time with them than ever before. They are certainly much more anxious. Granted, the children of the 1%–and who else has the money to build a teen wing—have a lot of cushions to fall back on. This overdone parental cosseting may feel good now but it will not serve their kids well in the long run.