With less than two weeks left in 2014 we are faced with reflection on the old and inspiration for the new. In the professional world of event management we use three metrics to gauge our success: what went well, what could have gone better and what should never happen again. In our real world it is never that cut and dried but in my 2014 rewind I find a lot is ending up in that last one. 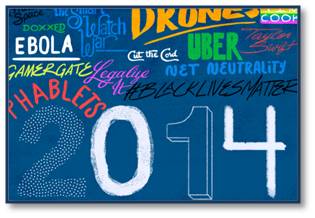 Charles Dickens might say, “It was the best of times; it was the worst of times.” I’m thinking “it was a hot mess,” or “#epicfail.” The rear-view retrospective casts a harsh light on the state of things. Stuff happened that should never happen again. We need to do better.

Reviewing the year runs the risk of bad news outweighing the good; a sense of one step forward, two steps back. 2014 brought us news we did not want to hear or see; graphic images of violence, a deadly disease claiming over 6,000 lives to date, celebrity misconduct and increasing concern over the earth’s resources. It is difficult to find perspective.

Twelve months defined by Ebola, ISIS, global warming and pollution. Fifty-two weeks of political misconduct, senseless killings, racism and a health care plan that let us down.Three hundred and sixty five days of Boko Haram, airline crashes, and a plane that disappeared. Now we’re wrapping it up with a mega cyber-attack by North Korea that shared Sony’s dirty laundry with us. It’s hard to look at this and feel good about the world.

This annual retrospective of emotional, political, and physical complexity makes me feel like we have lost our way.

Good News You May Have Missed 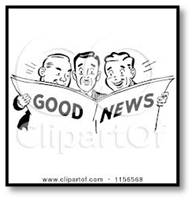 There are still things to celebrate.  We have some good news in the “what went well” column, and in the “we’re doing it better” category.

But first I must digress (gets on soap box) and take issue with Barbara Walters.  In her annual most fascinating people list, she gave Amal Alamuddin—now Amal Clooney—the #1 spot.  Really? Not a scientist, a teacher or an engineer?  No inventors, doctors, world leaders or ordinary people doing extraordinary things were put at the top of her list. She picked the woman who married George Clooney.  Let’s put Barbara and her list in the last column.  (Gets off soap box.)

Here are a few good news things to ponder:

As the year draws to a close I think about the real work inspired by the holiday season and what I can do better in the New Year. Our hearts, wallets and homes open a little bit wider during this time, in the spirit of sharing and generosity. We spend more, gift more, visit more and care more. It should not be a seasonal effort. The media that keeps us so well connected reminds us of causes that need support and opportunities to pay it forward all year long. 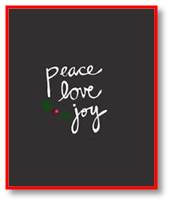 Endings offer me the ability to start again. In 2015 I will think small and find a place that needs what I have to offer. My goal is to make a difference locally, in a soup kitchen, a school, a nursing home or a volunteer organization in my community. There are so many opportunities in my immediate circle where I can help create a new ending in 2015.

The close of the year is the best time to think about what I can do differently or better and to give myself credit for what went well.  A little reflection and some time for me to restore body and mind will put me in the right frame of mind to welcome in 2015.

Thank you for sharing this little corner of blog space with me each Monday. May you have happy endings and a peace filled holiday with those you love.  Let’s meet back here on January 5th and begin a new year together.