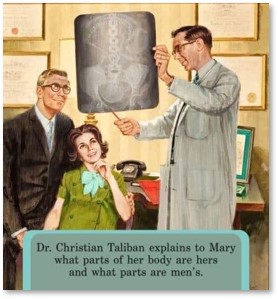 American freedom is going downhill fast—and picking up speed. When the radical, right-wing, activist Justices of the Supreme Court trashed a woman’s right to control her own body, they opened the door to even more assaults.

Let’s get one thing straight: the anti-abortion crowd doesn’t care about life. They only care about forcing a woman to give birth. After that, she’s on her own. The Red States of Gilead offer her no help or support. In the service of controlling a woman’s actions, however, they have no limits. 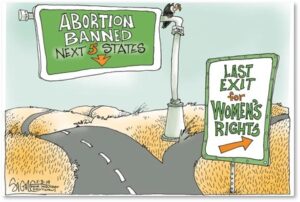 The Red States don’t just want to keep their own citizens from having abortions: they also want to keep those women from obtaining them anywhere else.

Restricting interstate travel for abortion takes us back to the 19th century when we had Slave States and Free States. Legal maneuvering among them led to the enactment in 1850 of the Fugitive Slave Act. This law was passed to counter free-state laws that provided safe harbor to slaves who escaped from southern states. The Fugitive Slave Act required that slaves be recaptured and returned to slave states.

With this antebellum law, people in free states risked being arrested for helping enslaved people to freedom. It created anger and resentment that contributed to the Civil War. 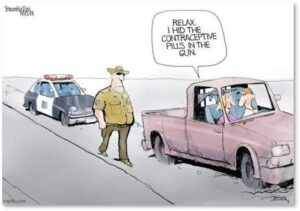 You think this is a step too far? Buckle up, friends, because the Gilead Police have just gotten started. Right now, they operate in state capitals, passing draconian bills and coming up with ever more ways to force women to give birth.

I wonder how long will it take before:

In response, the blue states will create a new underground railroad that gives aid and comfort to desperate women. And women will move from the same southern states to the same northern states, from restrictive laws and control by others to freedom of action and bodily autonomy. 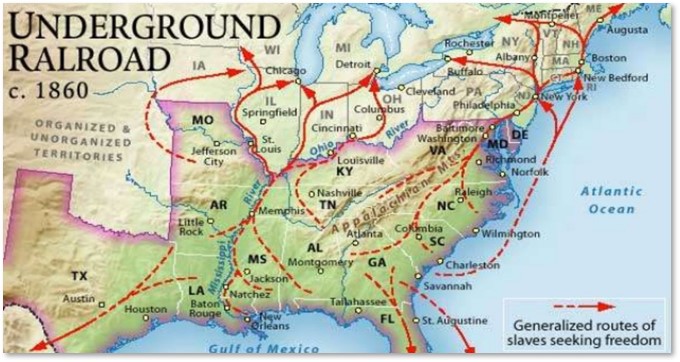 So, here we are in the 21st century reliving the laws and animosities of two centuries ago. And we may eventually arrive at the same place. Only this time, the slaves are America’s child-bearing citizens. We are wives, mothers, sisters, daughters and granddaughters at the mercy of men who want absolute control over women.

We don’t call them the Christian Taliban for nothing. Only their tactics go back further than that.