Back in January I asked if you could “Remember When Food Was Good for You?” and commented on the various, often conflicting, regimens that people follow in an attempt to eat a healthy diet. We do this because we want to live forever and think that, given the right food and enough exercise, death is optional. It isn’t, of course; nobody gets out of this alive. Yet, still we try. At the time, I could not have dreamed that the Mother of All Advice on a heart-healthy diet was about to be debunked, discredited, and demolished. 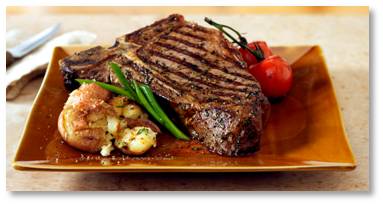 Yes, folks, the connection between eating saturated fat and heart disease has been severed. Who’d a thunk it? For a quick summary, read, “The Questionable Link Between Saturated Fat and Heart Disease” by Nina Teicholz, which appeared in Saturday’s Wall Street Journal.

What happened? How could so many experts have been so wrong for so long? How could doctors have begged, bullied, and browbeaten their patients for decades into trading steak for pasta and butter for vegetable oil when it was the wrong thing to do?

Since 1961, the American people have been the victim of a nutritional Stockholm Syndrome: millions of us held captive by studies that we now understand were erroneous in design and flawed in execution. For 53 years, we grew so accustomed to the drumbeat of articles telling us that meat, cheese, and whole milk are bad because they clog our arteries, that we accepted the concept as a law of nature.

We learned to embrace, if not love, fat-free milk and other daily products. We tucked into our quinoa and eschewed hamburgers. We bade farewell to taste and embraced micro-gradients of flavor. We told ourselves that we really did love tofu.  We did this all for the best of all possible reasons and often without thinking too hard about what was really happening to us and around us.

Actually, I remember thinking about it back in 1972 when Robert Atkins first published his high-protein, high-fat, weight-loss routine that banished carbohydrates from the plates of thousands of people. I expected that in 10 years or so, there would be a rash of what I thought of as “Atkins coronaries,” heart attacks brought on by people who lost weight through the Atkins Diet.

Funny thing, though, is that those heart attacks didn’t happen.  Oh, I’m sure some folks suffered from heart disease, but no high-mortality wave occurred because Dr. Atkins replaced our spaghetti with steak and pretzels with pork rinds. People did lose weight, though. I eventually tried the less-restrictive South Beach Diet and dropped 12 pounds in two weeks. I still limit my intake of carbohydrates although I could be more rigorous about it.

Turning the Pyramid Upside Down 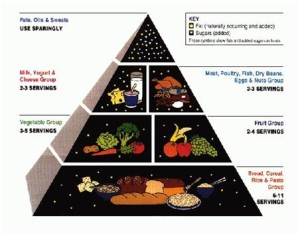 The American Heart Association extolled grains and vegetable oils as the new good, the miracle substances that would render us thin, healthy, and long-lived.  They turned the food pyramid upside down as they extolled the virtues of a diet short on protein but long on carbs. Funny thing, though, is that it didn’t work.

Instead Americans grew more obese. Rates of Type 2 diabetes soared—and the disease formerly known as “adult onset” began to strike children. The consumption of statin drugs increased exponentially as ideal cholesterol levels were set lower and lower but seemed harder and harder to reach.  Some people wondered why.

Dr. Atkins, and Dr. Arthur Agatston lead the way with their high-fat, low-carb diets. Then others took up the message.  William Davis added “Wheat Belly: Lose the Wheat, Lose the Weight, and Find Your Path Back to Health.”  And Dr. David Perlmutter wrote “Grain Brain: The Surprising Truth About Wheat, Carbs, and Sugar—Your Brain’s Silent Killers.” In his Wellness Report, Dr. Russell Blaylock has written numerous articles about how all vegetable oils are not created equal. Omega-6 vegetable oils that oxidize when heated, introduce oxidized cholesterol into the body, promote inflammation, and raise atherosclerosis regardless of cholesterol level.

So what foods are the new bête noir of dietary science?  Our replacement villains are (1) carbohydrates and (2) vegetable oils—the very items that doctors have been urging us to eat instead of meat, cheese, eggs, and butter. And (3) sugar, of course, always sugar. But the only people urging us to eat sugar all along have been the manufacturers of processed food, fast food, and candy, along with Archer Daniels Midland, the makers of high-fructose corn syrup. 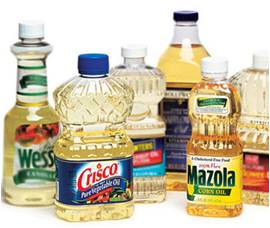 Which of the new culprits should you avoid?  Here’s the Big Six of Omega-6 oils:

That leaves only extra-virgin olive oil, avocado oil, and coconut oil. (And butter) I don’t particularly like the taste of coconut oil so I don’t use it as much as the others.

How do I know if @RBlaylockMD is correct?  A couple of weeks ago, at a meeting of the SpaceCrafts writer’s group, one of our members brought an apple pie that he had baked.  He used Crisco, which is an Omega-6 oil that is hydrogenized into a transfat, to make the crust. I knew this but that pie looked yummy.  So I convinced myself that one piece couldn’t hurt me and indulged. The pie crust did indeed create inflammation because the osteoarthritis in my hands hurt for two days afterward.

I hope that someday we complete enough studies to really understand the impact of food on our bodies. I hope that someday medical schools begin teaching nutrition and its impact on the body as part of the curriculum. Until then, pay attention to what you eat and how you feel after you consume it.  If it makes you feel bad, don’t eat it again.