My name is Diane Biello and I serve on the Board of Directors of my local land trust. I have been interested in water conservation and aquifer protection for over 20 years and got involved in land conservancy through a family inheritance.
When my husband’s uncle died without a will, he left 129 acres of land in Stowe, VT, in what are called “undivided shares.”  That means the land was owned in common by six family members who shared in it as a whole. Doing anything with the land meant getting the agreement of all six people. Getting six headstrong and sometimes-cantankerous Vermont Yankees to agree on anything can be a difficult task and the land remained undeveloped hillside for many years. 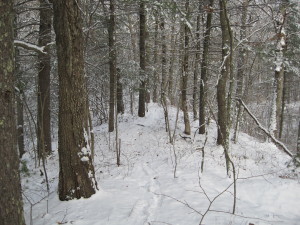 We wanted to protect the property from any future development and started by consolidating ownership. We bought out some of the people, while his mother and an uncle donated two quarter shares. It took us 10 years to consolidate the property with a goal of keeping the land in its wild state. We put a Conservation Restriction on it in 2000, including an “envelope” for a cabin.

That sounds simple but it meant learning first about the different ways in which property can be protected, both on Federal and state levels. The more I learned, the more interested I became and the more involved I got. When I talk to people, I find many folks who want to learn more about how they can help and what they can do to protect open land, so I put together this overview explaining land trusts and conservation restrictions.

What is a Land Trust?

A land trust is simply a 501 3c charitable trust that protects land from being developed in perpetuity. That means it can be farmed, used as pasture, harvested as a woodlot or simply allowed to lie fallow. Usage depends on what you want and you can personalize the trust to fit your needs.

There are many land trusts around the country and they vary in size from small local ones such as our Rehoboth Land Trust in Rehoboth, Massachusetts, to larger ones such as The Trustees of Reservations. Both of these organizations work only in the state of Massachusetts and the latter is the oldest land trust in the country. The Trustees own and care for more than 100 special places—over 25,000 acres—across the state. Other land trusts are global in nature, such as The Nature Conservancy, which works in all 50 states and 30 countries.

We used The Nature Conservancy for our restriction. While the plot wasn’t large by their standards, they are typically interested in environmentally significant pieces of land.  The Conservancy wanted to help us protect our acreage because it helped create a “green corridor,” which connects areas of wildlife habitat that are separated or interrupted by human activities. Our land is part of a corridor for large mammals that connects the two tallest peaks in Vermont: Camel’s Hump and Mount Mansfield.

How Do Land Trusts Work? 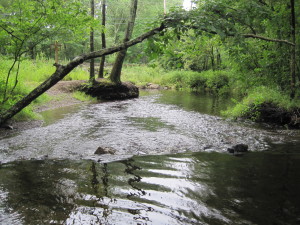 How do land trusts protect parcels of land? They do it in two ways: either by ownership of the land or by putting a conservation restriction on it.
Donating land is the simplest and most straight forward method of permanent land conservation. It transfers ownership and management responsibilities to the land trust of your choice. You can donate an entire parcel or portions of a parcel. You may also reserve a life estate.
Sometimes a land trust protects an important parcel by purchasing the land outright. A landowner may also choose to make a “bargain sale,” which means selling it to the trust at below current value.
A recent, and more common method of protecting property from development, is through a Conservation Restriction (CR). A CR is a legal agreement, in writing, that permanently removes the owner’s right to develop land in order to protect the ecological, scenic and/or agricultural significance of the property. A CR maintains your private property rights and, possibly, gives you significant tax benefits. The land owner promises that certain activities will not occur on the property. By accepting the CR, the land trust or government agency agrees to monitor and enforce the terms of the restriction. 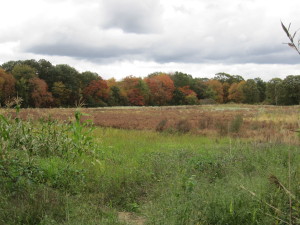 Here’s an example of a Conservation Restriction that has occurred with some frequency here in Massachusetts. When a farmer dies, the cost of the land in urban areas can be so high that the heirs cannot afford to pay the inheritance tax. They are forced to sell the land, which is then developed. If a farmer puts a CR on his property while he is still living, developers cannot do anything with it. This lowers the value of the land—and the size of the inheritance tax—dramatically.

Some farmers choose to put an Agricultural Preservation Restriction (APR) on their property, which requires that the land remain in agricultural use. Our state encourages this, especially for farms with prime soils, and will pay some farms that qualify.
There are a variety of tax benefits available for grantors of conservation easements.
Easements can be written in a variety of ways. A family who wishes to put a CR on their property but has a child to whom they would like to leave a house lot can do so by delineating an area around the piece of land that will be exempt from the easement. This is generally referred to as an envelope. Easements can be tailored to the individual land owner’s needs and wishes.
This is a broad overview of land trusts and what they hope to accomplish via land protection. A trust can do you and the environment a lot of good. For more specifics see information on the Land Trust Alliance web site or contact your local land trust.