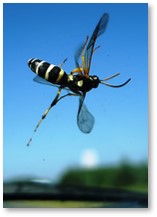 Although I had little time to write in November 2022, The Next Phase Blog did receive several comments that updated or added to some of the posts I did publish.

I’m almost embarrassed by how few posts appeared last month, except that I was inundated with things to do and place to go. There just wasn’t enough room for either thinking or writing. As they say, sometimes you’re the windshield and sometimes you’re the bug. In November, I was the bug.

That’s All She Wrote

That’s it. There ain’t no more for last month. But my calendar has more room for writing in December. It opened up as of today, so I hope to get back to writing more this week.