“Repeat a lie often enough and it becomes the truth.” ~ Minister of Propaganda, Nazi Germany. 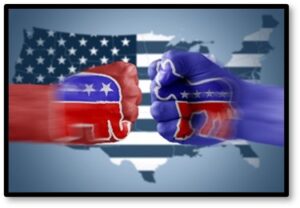 Not that long ago I had a sizable group of friends on social media. We shared a diverse set of beliefs, opinions, alliances and practices. We never let politics divide us.

Then one day, it did.

Our beliefs were not a condition of continued friendship. As part of a largely BRAT community, respect for differences is the way we were raised. Political parties did not define us, and it made sense (at least to me) that we had distinct loyalties.

Then politics took center stage. It became the One Big Thing in news, print and social media. Suddenly, people I’ve known most of my life centered their social media focus, and by default our online friendship, on divisive politics.

The Social Pulpit and Divisive Politics

I belong to the Facebook generation. I don’t do any of the other social platforms.  My reason for participating is to share the love in real time. Facebook shortens distance, bridges time zones and keeps me connected.

I’ve made no secret of my refusal to entertain toxic political posts in my personal space.  When it happens, I immediately snooze or unfollow the poster. If it continues, to the exclusion of all other topics, I hit the unfriend button. My Facebook page is not a social pulpit for politics.

If we’re long-time friends, we know each other’s beliefs. I respect everyone’s right to think (and vote) differently than me. A well thought out post, even when its contrary to what I hold true, keeps me on my toes and challenges my beliefs. Different perspectives allow me to look at the same situation from a new angle.

Name calling, finger pointing and hate speech aren’t going to change a mind, an opinion or an outcome—at least not on social media. So why do we do it?

Social media is a place to be hatefully anonymous, but it’s also a dangerous place to be caught. If you are ignorant enough to use your real name, you create an indelible record. 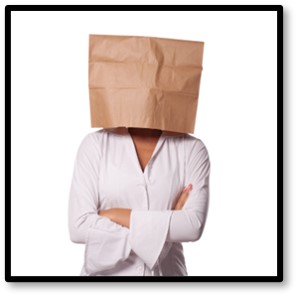 Surfing through news articles one evening, I discovered just how indelible it is. The link I was reading contained thousands of comments. Suddenly a line of text appeared indicating a comment was just added by someone I know. Their name appeared and clicking on it took me directly to their post.

This person is a member of my extended family. We’ve known each other over twenty-five years. Politics was never a topic of discussion, nor was it important. We enjoyed one another’s company and talked about family at our gatherings.

But there is was, in black and white. I found myself reading a heinous string of derogatory, racist comments directed at specific members of a political party, including a former President. I was looking at hate speech, written by someone who never publicly utters such words.

My shock and disbelief made me think it was a mistake. When another one appeared, even more offensive and explicit, I realized I might never have seen it but for timing.

I can’t unsee these words. A single post redefined everything I knew about them.

Shaming Does Not Lead to Change 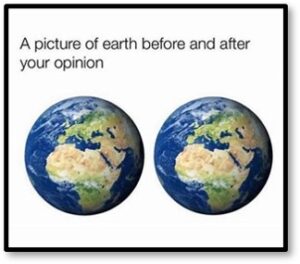 Social media is now a toxic accelerant for anyone wanting to start a fire. In the early days, Facebook’s mission was “to make the world more open and connected.” Sure, there were trolls here and there, but for the most part it was good fun.

Hateful and cruel comments draw us in, even when we know it’s wrong. We believe our voice will set things right. The lame will walk and the blind will see. What really happens is that good people become engaged and then get angry. Anger fans the flames. Disinformation, toxic ideologies and posting without fact checking grow until the truth has left the building.

Political disagreements quickly turn into online rage. Arguments escalate and eventually disintegrate into unforgiving words.  Friendships are destroyed and not one opinion has been changed.

Social media turns even the most respectful political participants into an angry mob.

It starts by throwing a little shade—a snarky retort, an offensive meme, a political jab. 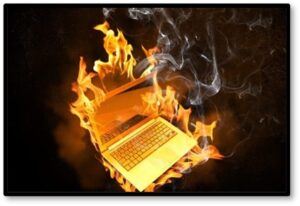 Issues like the coming election, gun control and healthcare are volatile topics and, in the right place, can create good dialog. That place is rarely social media. In fact, it has the opposite effect, because online posting has almost nothing to do with changing anyone’s mind.

It has everything to do with stating one’s beliefs and shaming those who believe differently. In the field of politics this behavior fuels the negative, and mostly hateful responses that permeate social feeds.

We rarely react this way in person.  It begs the question of whether this platform adds value to my life and my relationships, since all I see are political dumpster fires.

I’ve been here before. The topic of negative social media is a drum I bang with increasing frequency. Social media is about relationships and information. When either becomes offensive and judgmental it’s time for me to leave. 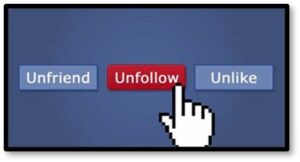 It’s easier to “speak” from behind a screen.  You don’t have to look at the person or see a reaction—until they respond from behind their screen.  Why not meet in person?

Here’s an idea. Find your local tribe, join those who support your beliefs. Because those that don’t will never agree with you, no matter how harshly you speak to them or about them.

People have a right to share their beliefs. I also have the right not to read them in my social media feed.