We made it through January!  It was kinda like a test month, to see if we wanted to buy into this whole 2019 thing. It’s going to be a wild ride, but here we are—still standing. 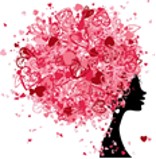 Now February is here to remind us that Love Wins. Hold that thought as we stare into the abyss of the internet and see the dark places. I’m proposing two internets, one for negativity and falsehoods and one for truth and light. I will call this new internet Just the Facts…Ma’am.

Since we’re smart people, we’ll be on the new internet. Ain’t nobody got time for the other stuff. In case you got a little busy I’ve got you covered with what’s on my mind February 2019. There’s always something on my mind and this February, here’s what we need to know.

It’s time to get organized and we’re doing it the KonMari Way. If you missed it; we’re talking about Marie Kondo, the high priestess of organization. Tidying up is the name of her game, starting with the question, “Does the item spark joy?” If the answer is no, get rid of it. My husband is still here, but a lot of other stuff has left the room.

Blame and Shame in Virginia. Governor Ralph Northam can’t get out of his own way.  Politicians from both parties are calling for his resignation and he’s refusing to go. From referring to slaves as ‘indentured servants landing from Africa” and supposedly appearing in racist yearbook photos, he needs to cut his losses and go quietly.  He’s not alone. A search of 900 yearbooks from the 70s and 80s reveals this horrible practice extends way beyond Virginia.

Parkland:  The Shooting that was supposed to change everything. One year later this New York Times article looks at the what has changed and what remains the same.

Actor Jussie  Smollett, from the television series Empire, is telling Big Little Lies. His claims of a targeted racist and homophobic hate crime had too many inconsistencies and he went from victim to suspect. Evidence the attack was staged resulted in a felony charge claiming Jussie “took advantage of the pain and anger of racism to promote his career.”

On a lighter note, did you know the world is full of buttons that don’t work?  They’re placebo buttons, giving us the illusion of control.  Crosswalks and elevators are big perpetrators but there are some good reason—you’ll be surprised and amused.

Donald Trump claims Prime Minister Shinzo Abe of Japan nominated him for the Nobel Peace Prize for his work with North Korea. Mr. Abe has declined to comment on the truth of this statement.

The gray area here is the definition of nominated. Anyone can be nominated, and each year the committee reviews more than 300 submissions.

Reuters, my favorite news source, says yes he did, but qualifies the nomination by stating it was done at the request of the United States, and by United States, we mean the current administration.

Two of Trump’s previous nominations were deemed forgeries by the Nobel Committee.  Names of nominators and nominees for the Nobel Peace Prize may not be divulged for 50 years. So, there’s that.

I freeze egg whites when a recipe only calls for yolks. If you bake the cake from scratch (it’s easy to do), you need 12 egg whites. A boxed mix works just fine—no shame in that game.

Angel Lush is what I’m talking about. Start with basic angel food cake and use fat free pudding and whipped topping to keep it low calorie. The cake is a wonderful backdrop for your favorite fruits. This strawberry version uses a 9 x 13 pan and blueberry lush invites cream cheese to the party. Pick a fruit, make the cake.

Angel Berry Trifle is a delicious way to use fresh berries and put a show-stopper dessert on the table.

The UK TV adaptation of The All Souls Trilogy by Deborah Harkness is finally here. A Discovery of Witches, the first book in the series, introduces witches, demons, and vampires in modern day England. Historian and non-practicing witch Dr. Diana Bishop is on sabbatical at the Bodleian Library in Oxford when she catches the eye of vampire Matthew Clairmont.

They form an alliance and fall in love, behavior strictly forbidden by their covenant of co-existence, to search for an ancient manuscript.  Long sought-after by all creatures, Ashmole 782 is believed to be the Book of Life and the key to their origins.

Producers did a credible job of casting and the scenery is stunning, but the depth of a book is always difficult to translate to the abbreviated story of a movie—or even a TV series. 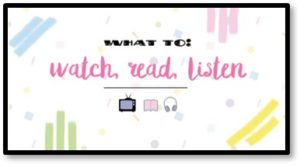 The Age of Miracles by Karen Thompson Walker. An ordinary family wakes up to find the earth’s rotation is slowing and doomsday is at hand. They go through the motions of everyday living knowing the end is inevitable.

This is a story about the end of the world, told from the perspective of eleven-year-old Julia, who says “It’s never the disasters you see coming that finally come to pass—it’s the ones you don’t expect at all.”

She is Lola Astanova, a Grammy-winning Russian-born composer and pianist and he is Stjepan Hauser, a Croatian cellist and one half of the 2Cellos duo. These young musicians play with the world’s leading composers and conductors and are artists in their own right. Noted for interpretations of current and classical music they draw in younger people with some serious stylin’ on the stage.

Listen to them perform We are the Champions and every piano student’s nemesis, Beethoven’s Fur Elise. Your music teachers never looked like this!

Remember, Love Wins and, if we’re lucky, so does Truth.