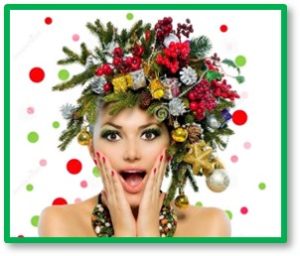 December is rolling over us. I get reflective when the year is ending, and we are staring at the end of a very tumultuous year.

Separating fact from fiction has become everyone’s challenge. The Internet is no longer a reliable information source and even the best journalism falls short when it comes to reporting what is real.

Gun violence, racism, sexual predators and America’s diminishing credibility as a world leader dominate the news. Acts of kindness, courage and honesty diminish with the media’s need for ratings.

Things must change, but have we learned anything? Have we found the courage to live into the changes we so desperately need to make?

It’s time to take a hard look at where we are and ask; “America, where do we go from here?”  With less than thirty days until 2018 ends, December finds me with a lot on my mind.

A Year of Change for Women

It’s official, we have a record breaking number of women in Congress!  Deb Haaland and Sharice Davids are the first Native American women elected to Congress. Rashida Tlaib and Ilhan Omar are the first Muslim women in the House and Alexandria Ocasio-Cortez and Abby Finkenauer are the youngest women to serve.

Following that thought, this New Yorker article about women, power and powerlessness is worth your time. When it comes to using power, women are ambivalent. The writers encourage us to change power from a noun to a verb, making it something you do; not something you have. These women are rocking it.

The Michelin star is the Holy Grail for restaurateurs. One is good, two is a hallelujah moment but three is the highest accolade and something only Chef Dominique Crenn can brag about. She is first woman in the US to be awarded three Michelin stars; her San Francisco restaurant Atelier Crenn is praised as a “wonderful balance of grace, artistry, technical ability and taste.” Bucket List!

The Rise of Hateful Speech

Nobody is bias free—that’s part of what makes us human. But in the wake of the last election bias has morphed into hateful speech; verbally attacking a person or group on the basis of race, religion, gender, or sexual orientation. Yes, it is free speech, but just because we can say something does not mean we should. 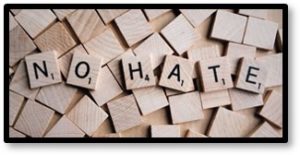 Hateful speech is showing up on line, in schools, and in the media. While it is important to remember we live in a country that allows us to speak freely, when it is masked as journalism or political rhetoric it perpetuates animosity instead of collaboration and conversation.

Martin Luther King’s words remind us how to respond:

Former President George H. W. Bush will be laid to rest this week; remembered as a man who wanted a kinder, gentler America. His quiet statesmanship brokered the reunification of Germany, the Americans with Disabilities Act and the end of the Cold War.

No president is perfect, but none before him offered such a portfolio of experience. He was a decorated Navy pilot, successful oil executive, Congressman, United Nations delegate, Republican Party chairman, envoy to Beijing, and director of the Central Intelligence Agency. He was the first sitting Vice President elected to the Presidency since Martin Van Buren succeeded Andrew Jackson in 1837.

Though only a one-term president, he leaves a legacy of hand-written letters, old-school negotiating, international diplomacy, public service and devotion to his country and family. His death reminds us of the humility, dignity and decorum he brought to the White House. Rest well 41, you earned it.

Fear:  Trump in the White House by Bob Woodward, acclaimed journalist and investigative reporter. I wanted this book to be better than it is. The book is meandering, contradictory and inconsistent. Woodward’s writing lacks organization, depth and the detailed political analysis I expect from him. My two cents:  a rush to publish ignored editing and integrity.

In Praise of Difficult Women by Karen Karbo is required reading for women of every age.  The legacies of 29 amazing, fearless and unique women challenge us to find the conviction and courage to live out loud. I hope Ruth Bader Ginsberg lives to be 100.

The Boy and the Piano is the 2018 Christmas ad from British retailer John Lewis, featuring Sir Elton John. They do an amazing job each year and this one is no exception. In the age of commercialism and materialism it’s a nostalgic nod to gifts that last longer than the wrapping paper.

December means Christmas music and I appreciate a new song as well as unique interpretations of a classic. In the midst of traditional offerings here are two worth a listen.

Eric Clapton takes on White Christmas and gives it a bluesy rock and roll vibe along with some amazing guitar work. Half the fun is watching the video. My generation, still going strong!

The movie The Nutcracker and the Four Realms offers a beautiful duet by Andrea Bocelli and his son Matteo. Proof the apple does not fall far from the tree.

Outside the Christmas genre I am in love with Birdy’s piano version of Skinny Love. Get some.

The Season of Giving

Need does not know a season but we are more conscious of it at this time of year. Give yourself a gift by picking a cause that touches your heart. Share, buy, donate or volunteer generously each month of the year and enjoy a feeling money can’t buy.