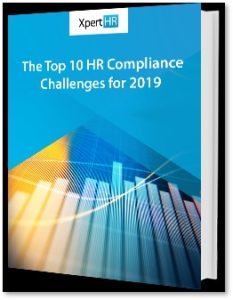 Today, XpertHR today issued the results of a survey on what Human Resources professionals consider the top six workplace challenges in 2019. They are:

Item Number 2 on marijuana use grabbed my attention, and not just because it probably has an impact on Item Number 6. As XPertHR notes:

“Medical marijuana is legal in approximately 30 states and recreational marijuana use is now legal in over 10 states including the District of Columbia. Notwithstanding this, marijuana remains classified as a Schedule I controlled substance and illegal under federal law.”

The Myth of a Drug-Free Workplace

The whole idea of a “drug-free workplace” seems somewhat flawed to me. I have worked at many companies where notable events were celebrated with wine and beer. Some have had regular Friday parties where alcohol was served. Alcohol is a drug and one with some pretty severe consequences for over-use.

One mini-computer company where I worked had a holiday party at which a vice president knocked back quite a few alcoholic beverages. Then he got behind the wheel and drove home. On his way, he went of the road and hit a tree, leaving a wife and eight children. This after using a drug provided by the company.

Employees also take pain medication, especially if their job entails a lot of physical activity such as bending, lifting, pulling, pushing and hauling, The company does not and cannot limit the use of prescription medication. Simply because employess have a prescription for their meds, however, doesn’t mean those meds lack impact. That’s why employees take them in the first place. When the prescription runs out—and doctors are prescribing fewer pain meds than before—the employees still have to do all that hard work and they increasingly get the pain meds from illegal sources. Thus, the opioid epidemic. 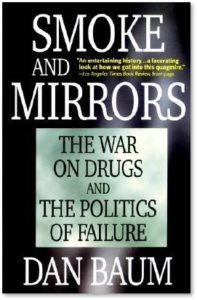 So, it seems a bit disingenuous to focus on marijuana as the culprit in this problem just because states have recently begun legalizing weed for medical and recreational uses. But, then, we have been demonizing marijuana for almost 50 years, and not always for legitimate reasons. In a 1995 interview with Dan Baum, author of “Smoke and Mirrors, The war on drugs and the politics of failure,” H. R. Haldeman—President Nixon’s domestic policy advisor—said the following:

“The Nixon campaign in 1968, and the Nixon White House after that, had two enemies: the antiwar left and black people. You understand what I’m saying? We knew we couldn’t make it illegal to be either against the war or black, but by getting the public to associate the hippies with marijuana and blacks with heroin, and then criminalizing both heavily, we could disrupt those communities. We could arrest their leaders, raid their homes, break up their meetings, and vilify them night after night on the evening news. Did we know we were lying about the drugs? Of course we did.”

Which is not to say that marijuana has no effects on workplace performance. It certainly does. But no more so than drinking on the job, taking Percocet at lunch time, or coming to work high on Oxycodone.

I am a card-carrying leading-edge Baby Boomer who remembers the Sixties—which were really the Seventies. Marijuana was prevalent at parties and other events back then. Hosts handed it around the way people used to put cigarettes on every table at weddings. I smoked weed a few times and I inhaled. 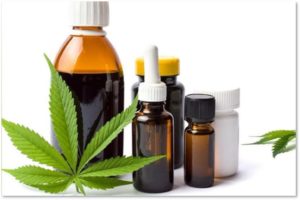 Recently, however, I was introduced to medical marijuana. Now, that’s a whole different ballgame. Over Thanksgiving, I took overdid some walking and aggravated the chronic tendinitis in my hip. It hurt all up and down my leg. I took some sub-lingual drops of medical marijuana (CBD+THC) and this is what I experienced:

In my book, those are all good things. Yes, at one point I became aware that I was just watching the cat breathe and the way her fur moved seemed pretty interesting. But, on the whole, it was a positive experience medically and benign psychologically.

Marijuana as a Red Herring

Having said that, I would not have driven once the marijuana drops kicked in. I can see where employees would be less effective on the job after a lunchtime toke. And I don’t think anyone should be driving to work under the effects of any medication, including medical marijuana. All this is by way of saying that I think the focus on marijuana in the workplace is a red herring. Employees already use drugs on the job — some legally and some not. And first responders don’t carry anti-weed intervention drugs the way they use Narcan to counter opioid overdoes. 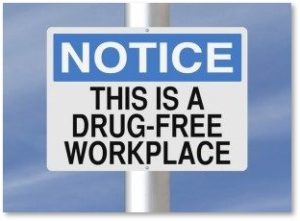 I don’t think anyone should be using drugs of any kind in the workplace, whether alcohol, pain meds, or marijuana. It’s dangerous — and not just because you might be injured on the job. When your ambitious new boss comes to ask you about your progress on that big project, do you really want to answer, “Coming along fine. It’s all good, dude.”

So why focus on weed? Maybe because it’s newly legal and available while alcohol has been around a lot longer and opioids are an acknowledged problem. HR needs to focus on all drugs that affect workplace performance and safety, not just the new kid on the block.

All I can say is that I am going to get a dispensary card for medical marijuana and use it when my hip flares up. But only when I’m home and can feel really, really good without endangering anyone else.