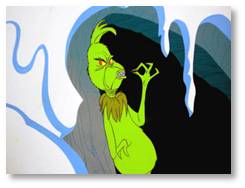 I was at a Christmas party last weekend when another guest asked me why I had retired nearly two years ago. I replied that I had “become retired” when my job went away in yet another of the new-management-team reorganizations so typical of the high-tech industry.

When the exit process was done, I looked around and decided that I just did not have it in me to find yet another job, prove myself once again to a new management team, demonstrate for the umpteenth time that I was willing to do whatever it took to make the company succeed, work long hours, get back onto airplanes, prepare for meetings, and do my job as well as half my boss’s job (while he got the big salary).

In 2012 there were darn few jobs out there for anyone in tech marketing and even fewer for anyone over the age of 50. (Unemployment Over 50: Give Yourself a Time Out) I knew that a job search would take months of grinding full-time work trying to locate a bone of opportunity in a bare cupboard. Then, if I succeeded in finding something, to have a new CEO, a new VP of Marketing, a new board of directors, or the equity partners, decide that what they really needed was: 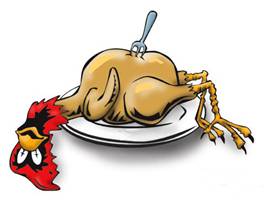 Stick a Fork in Me

So all that work and dedication ends up with you as the marketing or communications head in a conference room facing your boss and an HR rep with a stack of manila folders on the table and your name on one of them. With that dismal prospect ahead, I decided, “Stick a fork in me, I’m done.”

It wasn’t exactly a retirement party with a pat on the back and a gold watch but those are virtually unknown in high tech. Despite that, I actually did look around for the next year and applied for multiple jobs but, as I expected, very little was available. When jobs came up, companies mostly either hired young, cheap labor or waffled for a while before delaying hiring until the economy became more stable.

And speaking of stables, let me point out that tech companies are not above taking these actions around the Christmas holidays. Not a shred of sentiment is allowed in the door. Sonus Networks had its first marketing layoff (one of several) on January 3, the day we returned from a New Year’s Day off. Guardium let me go on December 7 — Pearl Harbor Day. Wang laid me and thousands of others off on December 8.

“Merry Christmas—here’s your pink slip. Have a great holiday worrying about how you’re going to pay for presents for your kids or whether you can afford a tree. Forget the roast beast–it’s $10.00 a pound. Now don’t forget to smile as you sing those carols.”

Still, there is good news and a glimmer of light in this holiday season. Here are three reasons to be optimistic about 2014:

I’m hoping that means attacks on Marketing have dwindled since I got retired. Recently I have seen “Help Wanted signs posted around. Granted, they’re at Dunkin Donuts, the supermarket, and local restaurants but that’s usually an early indicator that things are picking up.

Confidence is a feeling, not a number.  In his great novel Dune, Frank Herbert says, “Fear is the mind killer.”  It’s also the killer of business growth.

So, despite my answer to the party guest’s question, I feel better about business in this holiday season that I have for many years. We don’t need gold, frankincense and myrrh; we just need a shot of confidence and a break in the uncertainty that causes fear and paralysis. I may have been retired before I was ready, and it may not have been a great holiday gift, but I think things are about to get better for those who are still in the job market.

God bless us, everyone!