Skip to primary content
Yesterday, a year after my originally scheduled target date, I joined the 21stcentury.  Yes, I replaced my old Motorola Razor and T-Mobile with an iPhone 4S.  Seth upgraded his iPhone at the same time and I have gained more functionality while saving $35 a month.  At the same time, I signed up for a training course on Friday morning so I can learn the ins and outs of a smartphone.  This education seems very indulgent. 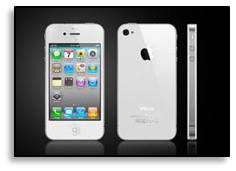 In the high tech world, one is expected to learn new software without benefit of training courses or even manuals.  If you’re lucky, IT will give a one-hour intro to some new corporate software but that’s rare.  Take MS Office, for example.  If your company upgrades to a new version of Windows, you have to work your way through the ribbon and find out where all your old familiar functions now lie or how they work differently, or what’s new and better–or new and worse.  It takes time, it’s frustrating, and it’s counter-productive.  But, hey, that’s American business. I can think of many times when I pointed out to someone in the office how to do something that was old-hat to me or another person offered me a valuable tip that saved a lot of time.  Once I had a boss with OCD and he was working on a PowerPoint presentation.  It was important to him where the line breaks fell on his slides and I understood that completely.  I think it improves comprehension to have full thoughts on one line.  He was struggling with various kludges to make the lines break in the right places without starting a new line or inserting a bullet.  So I showed him how to position the cursor and hit Shift / Enter. Voilá, it was done.  His whole face lit up as he realized that he no longer had to play with font sizes or type block sizes or on/off bullets to get what he wanted.  I thought about the hours he had spent doing complicated maneuvers to accomplish a simple thing just because he didn’t know the right way.  As I said, it’s counter productive. Apple, on the other hand, thinks it’s profitable to show people how to use their products.  They think, and their corporate valuation bears this out, that happy customers buy more product.  So I will take the course and learn.  Then I can join the ranks of people for whom socializing means sitting with other people, who are all staring at the palms of their hands, and occasionally muttering about an email.  I, too, can now Tweet what I’m doing at any given moment of the day.  I can take pictures of my cat and post them on Facebook.  I can be one of those people who reads email during a movie.  Nah.  I can but I won’t.  I’ll try to enjoy my smartphone without being rude and inconsiderate.  Surely, that’s possible. And thank you, Apple, for showing me how.