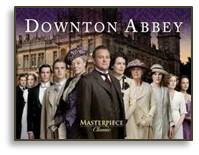 The subject of change has been on my mind lately. That’s largely because we just completed a major life change by selling our home of 25 years and moving away from Sudbury, where we had lived for 35 years. We love our new condominium and the reduced living expenses that come from (1) not having a mortgage and (2) lowering our property taxes to almost half of Sudbury’s.
Still, it was a big thing to do, both emotionally, physically and financially.  It was also extremely stressful, far more than I had anticipated—or even recognized at first.  When we both got sick at the end of January, it was on the downside of that stress.

Change is good, change is necessary, but it’s not always easy or smooth.  Sometimes one can anticipate the impact change will have and sometimes it comes as a surprise.  One can get out ahead of change, roll with the change, or fight it to the bitter end.  A good illustration of this is happening in Downton Abbey, where both Robert Crawley, the Earl of Grantham, and his butler, Carson, have recently fought change.  They both held stubbornly to the old ways that were safe, comfortable, and accepted only to be shocked when change happened anyway.  To be defied was bad enough, but to be challenged by the very women they believed they controlled—and that it was their job to control—was far worse.  They are shocked and outraged.  I’m behind by an episode but I look forward to seeing how well these authority figures adapt to the inevitability of doing things differently amid the massive changes brought on by WW1.

In another example, the current issue of Boston magazine has an article on how the Boston sportswriters, whom they call “the fellowship of the miserable,” have clung to the old, comfortable ways.  Author Alan Siegel calls them, “whiny, petulant, entitled and self-important.”  The problem is that these old, entrenched white guys don’t own the Boston sports scene anymore.  Change has occurred around them and without them, seemingly without their notice.  Now they are being scooped by the national sports media, and even by social media, and they don’t know what’s happening.   So they’re in denial, claiming that the stories they’ve been scooped on are just not important.

In a third example of changed being forced upon the unwilling, here’s a story by Mike Sauter about seven companies forced to change their names.  Some were successful, others not, but they had to react to circumstances or face even greater problems—possibly complete failure.I’m looking for examples of people getting out in front of change.  Last night’s State of the Union address might have done it but I took a migraine pill before it started and fell asleep shortly afterward.  If you know of any illustrations of positive change, let me know.  I’d love to hear them.