Heart disease is the number one killer of women in the U.S.

Actress and singer Jennifer Hudson’s public commitment to fight heart disease began in 2014. She encourages me to join her every time I see her television campaign. Today I’m encouraging you. 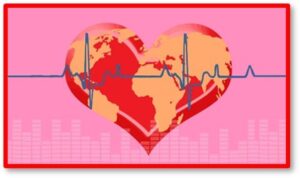 Heart disease is indiscriminate. It takes the lives of 8.6 million women worldwide every year. In the U.S. 435,00 women have heart attacks annually and 267,00 of them will die.

Yet only 56% of American women know that their greatest health threat is called the Lady Killer.

Coronary heart disease affects over 13 million Americans every year and half a million of them die. It ranks as the single greatest cause of death for both men and women in the United States, eclipsing HIV, cancer and lung disease.

Coronary artery disease (the most common type) is especially brutal. It accounts for about 55% of those yearly deaths, with 38% of women and 25% of men dying within one year of their first diagnosed heart attack. These are not good odds.

CHD occurs when the heart’s coronary arteries become constricted due to the accumulation of plaque. Narrowing and blockage of arteries by plaque is called atherosclerosis. When plaques made of cholesterol, fat, calcium and other waste build up in the vessels of the heart, coronary heart disease develops.

It’s the primary cause of heart attacks, which occur when those vessels become completely closed off by growing or loose plaque, stopping the blood supply to the heart.

Most women are unaware that they are at risk and when it comes to heart disease, gender matters. Forty-two percent of women who have heart attacks die within one year, compared to 24% of men. Women’s heart attacks are twice as likely as men’s to be fatal for those under the age of 50. 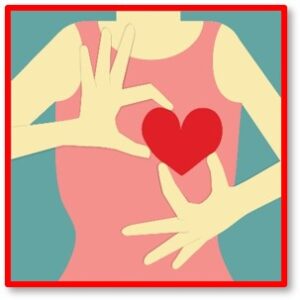 When it comes to research, women remain under-recognized, under-studied and under-diagnosed. Doctors are more likely to discuss the risks of breast cancer with women, ignoring the statistics of heart disease. Data suggest that on a day-to-day basis, women worry more about getting breast cancer, even though heart disease kills six times as many women every year.

A recent study finds women in their early forties with mildly elevated blood pressure, defined as stage-one hypertension, are twice as likely to have a heart attack or unstable angina in their 50s.

Cardiovascular disease claims a life every 40 seconds. It is often referred to as a “silent killer” because it can have few early warning signs. In addition to chest pain, women should familiarize themselves with common symptoms of a heart attack: pain radiating into the jaw, pain in one or both arms, discomfort similar to indigestion, sudden sweating, nausea, lightheadedness, or abdominal, upper back or neck pain. 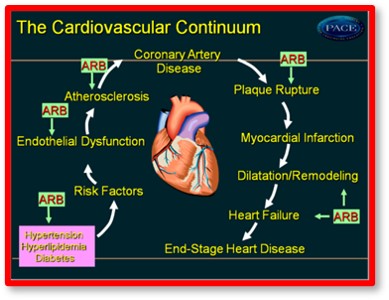 Not all people who have heart attacks experience the same symptoms or the same severity of symptoms. Some have mild pain; others have severe pain. Women often experience shortness of breath, pressure or pain in the lower chest or upper abdomen, dizziness, lightheadedness or fainting, upper back pressure or extreme fatigue.

If you have any of these symptoms call 911 immediately.  Make sure your front door is unlocked, then lie down on the floor next to the door with your phone. 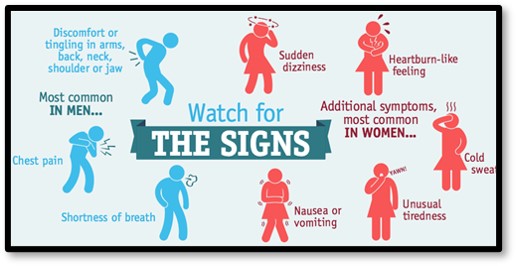 You don’t always get warning signs when something bad is about to happen.

Many heart diseases cause no symptoms early on in their diagnosis and women’s Symptoms are often different than men’s. Women don’t always recognize their symptoms and tend to go the emergency room after heart damage occurs.

Seventy-one percent of women experience early warning signs of heart attack with sudden onset of extreme weakness that feels like the flu—often with no chest pain. It’s possible to have a heart attack without chest pain, and women are more likely than men to have unrelated indicators.

Women tend to have symptoms more often when resting, or even when asleep. The three most common causes — high blood pressure, diabetes and abnormal cholesterol levels — are often present without any symptoms. Emotional stress also plays a role in triggering women’s symptoms.

Even if you doubt your symptoms, get immediate medical attention. Seeking help for a false alarm is a better alternative than not getting needed help.

Women of all ages should take heart disease seriously. If you are under the age of 65, with a family history of heart disease, it is important to pay attention to risk factors. 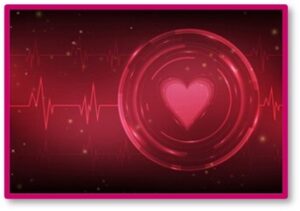 The choices we make give us a lot of control over the main threats for coronary heart disease. A good first step is to get a baseline reading for blood pressure, average blood sugar and cholesterol levels.

The best remedies are a healthy diet, decreased weight (especially if you are obese) and daily exercise. Exercise conditions the heart like any other muscle in your body.  It also burns calories, lowers cholesterol and promotes weight loss. Don’t wait until you need a bypass, stents or pills to get religion.

Reduce the amount of salt in your diet, along with saturated and trans fats. Eat lean meat and fish and more fruits and vegetables. Avoid excessive consumption of alcohol and – if you smoke – stop.  Smoking is high risk when it comes to heart health since it speeds up the creation of cholesterol-laden plaques.

For those with a higher risk of coronary heart disease, doctors often prescribe a low-dose aspirin but it isn’t recommended for women who’ve never had a heart attack.

The Heart of the Matter

Men and women with heart disease generally receive the same prescriptions. But when it comes to heart failure, meaning the heart is unable to pump enough blood to meet the body’s needs, they probably shouldn’t. For the last 50 years the treatment of women’s hearts has been largely based on medical research done on men.

According to a new study published in The Lancet, researchers found women have the lowest rates of death and hospitalization when they are given half the standard dosages of ACE inhibitors, angiotensin-receptor blockers (ARBs), and/or beta blockers. Men fare best with the full prescription.

Treatment begins with prevention. Heart disease is controllable and even reversible when you understand the risks. Take daily steps to keep your heart healthy and fight the lady killer.