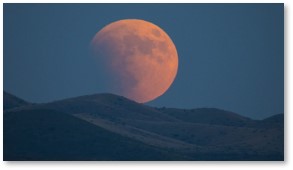 The moon hit us with a triple whammy on Wednesday and the runup to it was even more interesting. The early hours of May 26 gave us the first lunar eclipse of 2021, a supermoon, and a red blood moon at one time.

Hawaii, New Zealand and Australia got the best view of the eclipse, while folks in California and the Pacific northwest had a lesser ticket to the big show. Here in New England, we found it to be a non-event.

NOTE: Perhaps you think that the moon has no impact on human behavior here on earth. The scientists will agree with you because they study physiology and data. But just talk to anyone who works with large groups, such as nurses and prison guards, and they’ll tell you otherwise,

A Real Doozie of a Full Moon

A “blood moon” gets its reddish-orange color from all the sunrises and sunsets in Earth’s atmosphere projected on to the surface of the eclipsed moon. At its fullest on Wednesday, the moon orbited earth at more than 220,000 miles (357,460km). This proximity, combined with a full moon, made it appear slightly bigger and more brilliant in the sk. Thus, the supermoon moniker.

Full moons often seem to tap the wild things within us, causing confusion and obstruction. Sometimes that works for the good, producing extraordinary events. Other times, it draws out death and disasters in the runup to the thing itself. This one, however, was a doozie that went both ways.

The past week’s weird and bizarre accidents would just be interesting if not for the fact that they were also fatal. Consider these:

On a happier, more positive note, we have a personal best and a new scientific discovery. 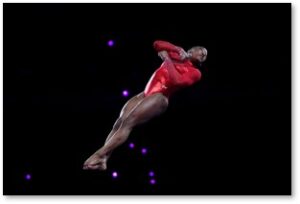 Simone Biles in the air

World-class athlete and Olympic gymnast Simone Biles created, and has landed, a vault no competitor has accomplished. She became the first woman to land a Yurchenko double-pike vault. Previously, only men have succeeded in landing this move in competition.

And she can because she is the greatest female gymnast of all time – a GOAT. How did the judges reward Ms. Biles for her skill, determination, courage and strength? They gave her a provisional score of 6.6, similar to her scores for other vaults, and without any additional points for or acknowledgement of the near-impossible difficulty of the move.

They also limited the points she, or any woman, could earn for this move on the grounds that it was “too dangerous” and they didn’t want to encourage other women to try it.

Ms. Biles thus becomes the latest female in a long line of women — black women in particular — whose achievements have been limited, diminished, discouraged, under-valued, and sometimes punished by authorities using the excuse of “protecting” females. The decision also limits all the girls and women who come after her and keeps them from attempting to achieve greatness. That’s okay for men but not for the “weaker sex,” you know.

For decades, scientists have told us that it’s impossible to exceed the speed of light. That’s because their approach was to go, well, faster. Speed was the hammer and the nail that caused them to hit the wall. No one said, “Well, if we can’t go faster, let’s go smarter.” Until now.

For a while now, physicists at Lawrence Livermore National Laboratory in California and the University of Rochester in New York have experimented with the speed limit of light pulses. Using materials like cold atomic gases, refractive crystals, and optical fibers, they have sped up these pulses and slowed them down almost to a stop.

Placing the pulses inside hot swarms of charged particles, they fine-tuned the speed of light waves within plasma to anywhere from around one-tenth of light’s usual vacuum speed to more than 30 percent faster. By using a laser to rip electrons from the stream of hydrogen and helium ions inside the hot plasma environment, the researchers increased the speed of the light wave to “an indicator that exceeds the speed of light by 30%.” 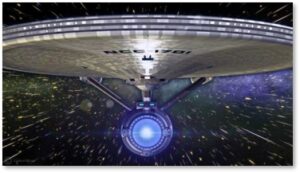 We’re haven’t reached quite that point yet, though. In the immediate future, this opens the door to using plasma streams to develop new, ultra-high-power lasers. Such lasers could be used in thermonuclear reactors and particle accelerators.

Perhaps we can’t start building the USS Enterprise (NCC-1701) just yet. But every development, every discovery takes us one step closer.

A lot of events, both good and bad, heralded this super-flower-blood moon with eclipse. I would prefer more inventions and record-breaking to a collection of disasters, though. Here’s hoping that the next big lunar event will bring more positive achievements and fewer deaths.