Recent news on the job and employment front includes the prediction for automation (good for robots, not people) and the latest survey on the highest paying jobs (good for medical, not for high-school grads). 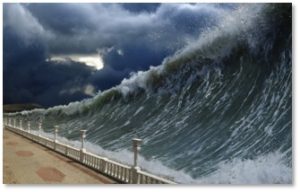 A new report issued by the McKinsey Global Institute predicts that an oncoming tsunami of automation could wipe out the jobs of between 400 million and 800 million people in the next 13 years.

The report, “Jobs lost, jobs gained: Workforce transitions in a time of automation,” assesses the number and types of jobs that might be created under different scenarios through 2030 and compares that to the jobs that could be lost to automation.

The McKinsey researchers looked at 800 different jobs in 46 countries and the employment results show that,

“While there may be enough work to maintain full employment to 2030 under most scenarios, the transitions will be very challenging—matching or even exceeding the scale of shifts out of agriculture and manufacturing we have seen in the past.”

In the meantime, however, the authors forecast scenarios in which 3 percent to 14 percent of workers around the world — in 75 million to 375 million jobs — will have to acquire new skills and switch occupations by 2030.

“I have this gut sense from having been in the Valley for a while now that there will be a coming wave of automation that’s going to get rid of a lot of jobs.”

Many workers may not be able to prepare in time—or at all — for this tsunami.

Jobs Most Likely to Be Automated

As the McKinsey study noted, this employment shift won’t resemble the early 20th century, in which agricultural workers moved to manufacturing jobs when tractors, harvesters and other equipment replaced men with mules. Back then, employers could train workers in jobs precisely because those jobs were predictable and repetitive.

A report issued today by CareerCast warns that a high-paying career will require many years of post-college education. Note: That means workers will need more than just a college degree—something that’s currently trending upwards of $70,000 a year for a top private institution. No, it means getting a master’s, medical or legal degree in addition. More time, more money, if you can get either.

In their most recent Jobs Rated report, CareerCast shows that the seven of the 10 highest-paying jobs require a college degree and five of the six most lucrative jobs are in the medical field.

Only one of the jobs in the top 10 doesn’t require a college degree and that is Air Traffic Controller. It squeaked onto the list at number nine with a Growth Outlook of just 3%, the lowest of any job. (I’m not sure why this is, given that air travel keeps on growing despite the best efforts of the airline industry to drive away its customers.)

If you want to have a job that robots can’t do and build a career that some pointy-headed executive can’t give to an artificial intelligence, prepare to knuckle down and study for many, many years. Also get ready to rack up a ginormous educational loan that you will carry for the rest of your life like a shell on the back of a turtle. Thirdly, accept that you won’t be earning any money until you are in your late 20s or early 30s. 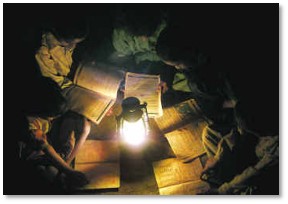 CareerCast uses data from the U.S. Bureau of Labor Statistics, which means their results focus on the present. While they analyzed the growth outlook through 2028 for the jobs in the study, the report does not indicate whether that growth will involve jobs for human beings, artificial intelligences or robots. Imagine getting a medical degree and then having your surgical knowledge and expertise (the Number One job on the list) taken over by an AI-driven robot. Bummer.

A High Barrier to Employment

Back to my original point, however. The factory workers who have been replaced by automated equipment cannot just turn around at age 30 or 40 or 50 and decide become a surgeon or a dentist—or any job on the list. The educational requirements present a significantly higher barrier to entry than moving from farm worker to a job on the production line. No amount of job training will get them there. Ever. 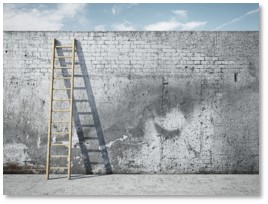 The good news is that McKinsey estimates that less than 5% of jobs can be fully automated. Phew.That still leaves 95% for us inefficient humans.

Yet, while the optimists predict that automation will produce enough new jobs to replace the ones it takes over, experience tells us that those jobs are likely to be either lower-paid or require that enormous investment in education.

I’m glad that I am out of the workforce and no longer have to confront these decisions. I will do my best to help my grandchildren when they get older so that they don’t end up dead-ended by robots.

In the meantime, though, all our entrepreneurs and executives should remember that reducing expenses is only one half of the profitability equation. The other half is increased revenue. And robots buy nothing.