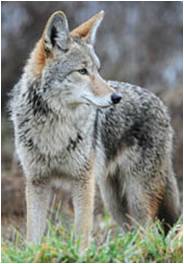 I’m on Day 6 of the Zombie Cold in which I feel like the walking dead but have no desire to eat brains—or anything else for that matter. Seth has been sick for weeks but I had felt immune because I just kept on being healthy. Then Wednesday afternoon came and I started to cough. It was all downhill from there. The gruesome details don’t bear repeating; suffice it say that I have spent days on the couch, limp as a used teabag, trying to breathe while making sense of the words in my book or whatever was on TV.  On Friday night we hosted one of our church’s in-home dinners. Three couples came to our house, each bearing a part of the meal. As hosts, we provide the appetizers, which Seth picked up at BJ’s as I was beyond cooking anything, even had anyone wanted to consume what a zombie had prepared. People ate the appetizers, then a wonderful meal of chicken and artichoke casserole, rice pilaf, salad with goat cheese and walnuts, and tiramisu cake for dessert. I drank a glass of water. When Morgan called around 10 pm (4 pm Anchorage time) to wish me a happy birthday, I retreated to the bedroom and did not come out again.  Saturday night at 2 am, I was sitting in the living room sipping a cup of tea to help me breathe and listening to the coyotes howling in the woods. On Sunday, Seth went alone to Margot’s birthday party while I spent another day on the couch. Today I feel like the young man in the new movie Warm Bodies, an undead zombie who is learning to be human again.  At least I can summon enough energy to sit here and write. Maybe at some point in the foreseeable future, I can even go back to the gym.
No brainsucking, though.  I can barely manage Cheerios.