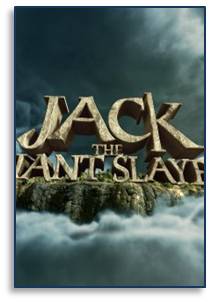 Once again Hollywood demonstrates that it has (A) no imagination, (B) no willingness to think outside its limited comfort zone, ad (C) no understanding that there’s a big world out there full of people who crave imaginative new things on the screen.  Case in point:  Jack the Giant Slayer, which is about to open nationwide.  This is just the latest in a long and tedious line of movies based on fairy tales, including Red Riding Hood, Snow White and the Huntsman, and Hansel and Gretel: Witchhunters.On TV, we have the much better Once Upon a Time and excellent Grimm.  Why is this happening?  I surmise that the success of Game of Thrones on HBO has a lot to do with it.

@HBO took a brilliant series of highly imaginative novels and brought their stories to the screen with outstanding script and direction, superb casting, and painstaking attention to detail. Game of Thrones is collecting awards and building an audience because it earned the awards and deserves the following. Observing this success, Hollywood “idea men” sat in script meetings, looked at one another and said, “Aha!  This is fantasy.  We know what fantasy is. Sure we do.”  They don’t read in LaLa Land, of course. Books are so old fashioned and slow—not to mention hard to understand when you’re stoned. But the men behind the Hollywood Dream Machine continued, “There’s, umm, fairy tales. And then there’s, um fairy tales.  Everyone knows fairy tales so there’s a built-in audience.And they’re in the public domain so they’re cheap. Let’s make fairy tale movies and TV shows.”  But aren’t those for kids?  “We’ll add lots of violence and tight black leather costumes and unrealistic weapons. We’ll make two-hour movies out of simple children’s stories by throwing in big special effects and cheap jokes. Did I mention lots of violence?  People will love them.  They’ll be a huge success, just like Game of Thrones.”  Well, not so much.Why not?  I’ll have some of my own answers in tomorrow’s post.  Let me know your theories.

1 thought on “The Hollywood Dream Machine and Cheap Dreams”