To follow up on Friday’s post about violence in advertising, I have been wondering why an increasing number of TV shows are dedicated not just to violent themes and characters but to pathological characters. We all know that violence on TV is nothing new and I don’t live in a bubble. I grew up with cowboys killing Indians and GIs killing Nazis on network television, so I know a Colt 45 from a BAR. But the programs released this year take the concept of violence to whole new lows. Consider just these three shows released in 2013: 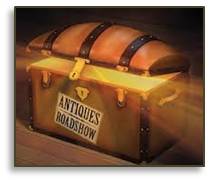 Don’t get me wrong:  I don’t confine my TV viewing to cooking shows, nature programming, and “Antiques Roadshow.”  I’m glued to “Game of Thrones” (having read all the books as they came out) and we recently watched two seasons of “StrikeBack.”  These are both shows that any objective observer would classify as pretty darn violent.

If it’s possible to parse shades of violence, however, I find a real difference between armies and mercenaries waging war and psychopaths murdering individuals. During one episode of @StrikeBackIT, a mercenary named Matlock tries to quit his assignment saying, “I signed up for a coup. That’s soldier’s work.”  But he draws the line at supporting his boss’s plan to detonate a nuclear weapon that will kill millions in a major African city. In that example, fear and death are side effects of fighting to reach a goal. People are killed because someone wants power, wealth, a kingdom, survival, access to resources, freedom, or a combination of these things. The deaths that occur are either essential to reaching that goal or an accidental consequence of the fighting to achieve the goal. That’s life–for better or worse.For a psychopath, however, the fear, pain, and death of individuals are the goal. On @TheFollowingFOX, cult leader Joe Carroll and his followers savor the fear of their victims in an almost erotic way and find killing them, “a rush.”  From the promotional ads I see for the other shows, the same sick care is given to killing people, usually women, and displaying their bodies in revolting ways.Yes, there are psychopaths and serial killers in our midst. Yes, it’s the job of law enforcement to profile those predators and understand how they think so they can catch them and remove them from society. I’m grateful that those people are dedicated to their jobs and do them well. But it’s not my job and I don’t have any need to look inside the heads of murderers.  I certainly don’t see it as entertainment. 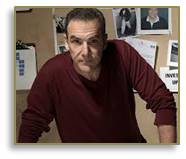 In an article back in March, “Why serial killers draw a following,” the Globe’s Matthew Gilbert quotes Mandy Patinkin on why he left his role on Criminal Minds.  “Audiences all over the world use this programming as their bedtime story,” he said. “This isn’t what you need to be dreaming about.” I watched exactly one episode of this show and thought the same thing.  I didn’t want those pictures in my head at 2 a.m.—or any time.

I’m reminded of a panel I sat on at a Readercon science fiction convention several years ago. The topic was  movies and we talked about violence and mayhem in the films that were current at the time. A young woman in the audience said several times, as though this was a recommendation, that they were “disturbing.”  Well, that may have been true but it doesn’t make a TV show or a movie good—or good for you.