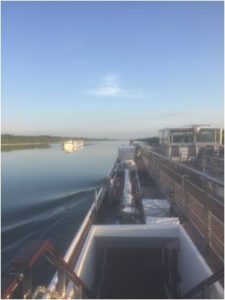 Passing another Longship on the Danube river

Regular readers will have noticed that posts on The Next Phase blog have been scarce over the last two weeks. The reason for that is simple: my husband and I were out of the country. I would have put up a notice in advance but I don’t think it’s wise to broadcast that you’re going to be far away and your house will be empty. Susanne and I did write some posts in advance and they were published on schedule but I wasn’t able to promote them on social media as I usually do. (Watch for the monthly roundup.)

So where were we all that time?

We took the Grand European cruise from Viking River Cruises, which started in Budapest and ended in Amsterdam. (You can also do it in the other direction.) We followed it up with two extra days of world-class museum hopping in Amsterdam.

Highlight of Our Viking Trip

This was our second Viking Cruise and we loved it even more than the first. If someone asked me what the highlight of the trip was, I would have difficulty pinning down one specific thing because there were so many wonderful experiences. How could I choose among: 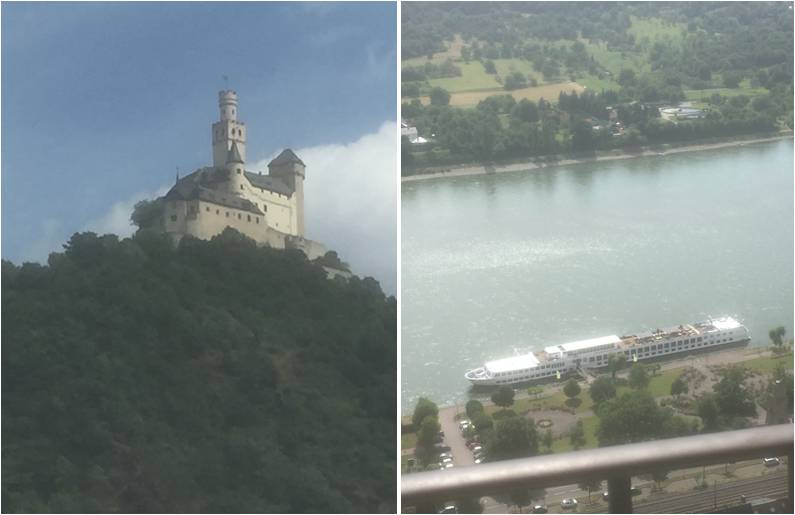 Even with all those wonderful experiences, some of the best parts of the trip were small pleasures, like doing early morning yoga on the Sun Deck while we passed small villages or sitting outside on the Aquavit Terrace at the bow after dinner with friends. 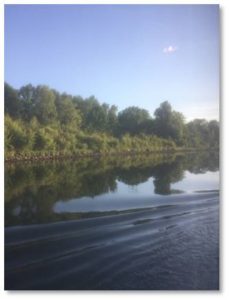 We talked while the waters of the Rhine-Main-Danube Canal slipped silently past us and the sky glowed brightly, long after the sun had set. Our Longship, Viking Modi, moved through one lock after another, raising or lowering us to a new water level with each one.

There’s an amazing restfulness to watching the water go by and knowing that you don’t have to do anything: get directions, drive on strange roads, read road signs in a foreign language, arrive at the train on time, wrestle your luggage, or check into a new hotel. When the night grew late and we grew tired, we simply went to our rooms. Even there, I could sit out on the balcony in my pajamas and watch the river go past.

In fact, I started to do this as we were leaving Cologne when I heard some loud noises in the city. From our balcony I watched (barefoot and in pajamas) a fireworks display set off to honor the President of Germany, who had come to a celebration at the cathedral.

This convenience really came home to me on the very first night of our cruise. We ate dinner as our captain took us up the Danube and then trooped up to the Sun Deck as he brought Viking Modi back downriver into brightly lit Budapest. Our multi-lingual Program Director, Mieke, gave us a running commentary about the buildings we saw on either bank—some of which we would visit the next day.

Sailing into Budapest at night

Jet lag set in as we returned to our berth and I wondered groggily if I could stay awake long enough for the ship to dock so I could catch the bus back to our hotel. Then I realized I didn’t have to either wait or go anywhere. I could just walk downstairs to our cabin and climb into bed. So I did.

I’ll write some other posts about things that I learned and observed on this trip. For now I will just say that a river cruise is a great way to see places in Europe that I had only heard about—and many that were complete surprises.

Our vacation started when Viking crew members met us at the airport in Budapest and took our bags to the ship. It ended with Viking crew members taking us to Schiphol Airport in Amsterdam, getting our boarding passes and getting us in line to check our bags. (I have no doubt that, were it possible, they would have expedited us through security and passport check as well.)

In between they took care of everything with grace and professionalism. If this is being pampered, I love it.