On Monday I read Susanne’s post about being vegetarian or flexitarian. On Tuesday I caught up with Episode 5 in this season of Top Chef—“Smoke ‘em if you got ‘em”—where they barbecue a whole pig.  What a contrast! I went from onion skin to pig skin and plant protein to animal protein. 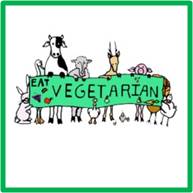 It reminds me of when our kids were small and had diametrically opposite food preferences. You try getting a meal on the table when one kid says, “I won’t eat anything that has a face,” and the other one counters with, “If nothing died, it isn’t dinner.”

In my previous life I had a colleague who had worked on a chicken farm and did not have a high regard for their intelligence and social behavior. He called them “vegetables with feathers.” chickens do have faces, though, so I can’t quite put them in the same category as, say, eggplant.

Susanne’s post made me feel guilty, as I always do when I contemplate becoming a vegetarian. Spiritually, I aspire to it but I always fall short for four reasons:

The bottom line for me is that we’re omnivores, not herbivores. Human beings require  protein and the fastest, most nationally complete way to get it is through consuming the flesh of other creatures.

I try to make up for these deficiencies in my spiritual will power by eating fish more often. Fish is, of course, more expensive although that’s less of a problem now that I’m only cooking for the two of us. I also like fish and shellfish. My mother fed us a lot of it when I was growing up because back then it was cheap. Yes, there was a time when fish was plentiful and offered a low-priced alternative to meat. 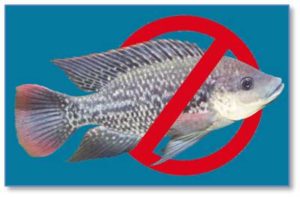 But I won’t eat Tilapia, which is often the cheapest fish in the market. It’s nutritionally poor. promotes inflammation, contains a high level of carcinogenic substances like dioxin, contains antibiotics and pesticides and has higher levels of Omega 6 rather than Omega 3 fatty acids. Also, the Asian fish farming practices are horrific—unless you are OK with using human and animal feces as fish food. If you are what you eat, I choose to pass on this one.

Yes, I know all the reasons why eating a plant-based diet is better for me, the planet, and our water supply I just can’t bring myself to do it. Perhaps if I had a private chef who cooked vegetarian meals for me, I would be able to stick with a vegetarian diet. I don’t see that happening any time real soon, though.

For now, however, I’ll keep eating chicken, fish, and some meat. It just tastes so good.