I spent last week in the Dominican Republic for a high-level corporate event. My hotel was a five-star all-inclusive property on a gorgeous beach. I was in the adults-only Royal Service wing with exclusive check in, restaurants, pools and bars. My personal butler was Richard and for five days I was special. 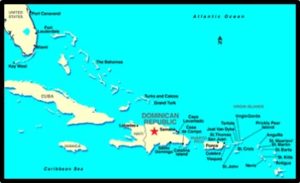 The Dominican Republic is a sovereign state located on the island of Hispaniola, in the Greater Antilles archipelago of the Caribbean. It shares the island with Haiti, ranks 22nd on the list of the best countries for people to retire to and boasts the #1 destination for golf in the Caribbean and Latin America. It’s also a top choice for destination weddings.

I arrived with the belief that I was entering a third-world country with an economy dependent on tourism. While that is true, to my surprise and further education, I learned the term third-world is outdated and has been replaced with the term developing country.

As I discovered more about the country and its people, the Dominican Republic redefined my concept of the third-world label and what it really means.

The Origin of Third World

Historically the term third world had nothing to do with economics but with political allegiance.

The term was coined in the 1950s by French writer Alfred Sauvy in the Cold War era from 1945 to 1989.  It separated Western capitalist economies from the Eastern Communist economies.

On the world map, blue-colored nations were allied with NATO and Red with Russia. Green represented countries with no formal allegiance and were labeled third-world countries. The term eventually became the descriptor for developing countries.

Developing countries are characterized by:

Economists would say the Dominican Republic is not a developed country but has a credible position on the list of those that are developing.

Dominican Republic: A Country of Extremes

I got to see some of the country’s extremes and am conflicted about how to rationalize the disparities. When I left the elegance of my gated hotel for a zip lining adventure in the Punta Cana rain forest I saw only poverty.

I passed rows of corrugated metal shacks with dirt floors and thatched roofs.  Some had shutters, but none had windows, just openings in the wall. Plastic chairs adorned front doorways. Our driver explained the big dream is to own a concrete house that won’t blow down. I did see a few of those, but the roof was corrugated metal and the windows were still just openings in the building. They look unfinished, but they aren’t.

The villages shared two schools, one elementary and the other a middle school. They were neatly fenced buildings with children in khaki pants or skirts and light blue shirts. One had a small playground.

We passed a hospital that was only open Monday through Friday. The driver jokingly explained that if you got sick on the weekend your two options were the hospital in the city or the cemetery.

The Capital City of the Dominican Republic 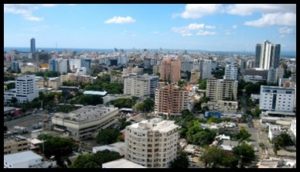 Santo Domingo is the oldest continuously inhabited European settlement in the Americas and the largest city (by population) in the Caribbean. The city is a mix of old-world charm, Latin fusion and modern industry.

The most important industries are metallurgy, petrochemicals, plastics, cement, textiles, food processing and, of course, tourism. Salaries are extremely low even in high-level jobs. A software engineer earns less than $10,000 per year. A physician can expect $20,000 – $25,000 per year.

The country does not have a rail system except the lines serving nearby sugar refineries. In 2009 a mass transit system was launched with continued growth plans. It currently runs on two lines, serving 30 stations.

The country faces the challenge of organized crime, including drug trafficking and money laundering.  It is exacerbated by a lack of law enforcement resources, poorly paid and trained police officers, and widespread corruption.

Are You Happy Today?

The average wage of a resort worker is between $10-$12 per day. They rely heavily on tips and their primary job is to make guests happy. A worker can be fired if their demeanor is anything less than smiling, and an unhappy guest is their worst nightmare. 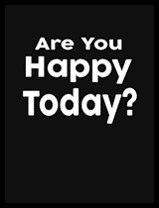 Each morning I received a text from my butler asking if I needed anything. In the evening he left beautiful amenities in my room with a note that said “From your butler.”  When he saw me he would ask, “Are you happy today Miss Susanne?”  My answer was likely critical to his employment and he was genuinely happy to see me happy.

I was advised to leave a daily tip of no more than $2 for room attendants with a note indicating my thanks. This was necessary as they might be asked to prove money left in the room was intended for them.

The day before my departure, the employees that worked on my event wished me well and invited me to return. I tipped each one, thanked them for their attention to detail, and was rewarded with huge smiles.

Traveling outside the US creates a renewed awareness of how lucky I am to live here; reminding me of the many blessings I take for granted.  I am thankful, and I am happy today.