A number of articles and newscasters have recently questioned whether it’s safe to travel in Europe. This seems a logical question to ask after November’s Paris terrorist attacks. In fact, several members of my family asked it directly of me last month before we left for 10 days in France. They tried to impress upon me the seriousness of the threat and why we should cancel, at the very least, the three days in Paris that we had planned. It would have been easy. Viking River Cruises would have allowed us to cancel the Paris portion of our trip with no penalty and our trip insurance would have covered the rest. 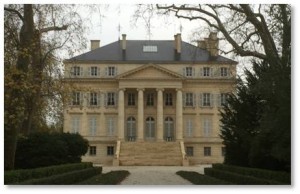 Chateau Margeaux in the Haut-Medoc

We discussed the option of cancelling and then dismissed it for several reasons. First, we didn’t want to let the Islamic terrorists frighten us into changing our lives. As the Dalai Lama says, “Do nothing out of fear.”

Second, millions of people live in France and Paris and they are going about their lives every day. This is what happened in Boston after the Marathon bombings. People didn’t evacuate the city, they regrouped and went on. I was giving Back Bay tours for Boston By Foot a few weeks after the attack. If you huddle in fear, the barbarians of Radical Fundamentalist Islam win.

Third, well, we had been looking forward to this trip for two months. I had been practicing my French ever since we signed up. And we just wanted to go.

The bulk of our Chateaux, Rivers and Wine trip took place in the southwest part of France, in and around Bordeaux. Life went on quite normally there. I’m sure they spoke of the Paris tragedy among themselves but there were no visible signs of increased security in any of the places we visited. 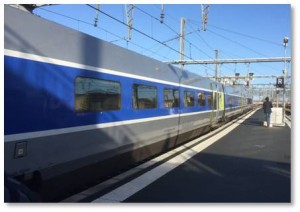 Boarding the TGV from Bordeaux to Paris

Granted, the Viking Forseti was not full—some 30 people cancelled their trips and missed a great time with some wonderful people. Others who came on the cruise cancelled their three-day follow-on excursion to the City of Light.

Along with 12 others we took the TGV from Bordeaux to Paris and enjoyed the kind of fast, smooth rail travel that seems beyond the American will or vision to create. (And, boy, would I love that alternative to the crowded, hot, cramped, and uncomfortable endurance contest that our domestic airlines now inflict upon their customers.) From the station in Bordeaux to our hotel in Paris, everything went without incident.

In the City of Light

In the city itself, however, thing were different: security was everywhere. The United Nations Climate Change Conference was just beginning with the leaders of major countries, including President Obama, arriving for its opening. Some roads were closed. The Number 1 Metro line was closed around the Arc de Triomphe. The Metro itself was free, presumably to avoid crowds that might have provided targets. And men armed with big guns roamed the streets: Paris police, gendarmes, soldiers, Special Forces, you name it. Men and women in uniforms and in camouflage. They were alert and prepared. I was happy to see them, even when I was asked to open my handbag. 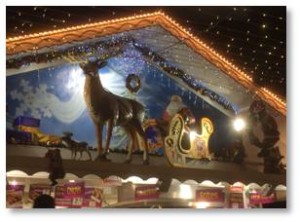 Only once did I feel uncomfortable, when we went to the Christmas Market on the Champs Elysées. This is a huge combination of craft fair, food mart, county fair, theme park and Christmas light show. It runs for a half mile along both sides of the Champs Elysées near the Place de la Concorde.

Although our guide on the next morning’s walking tour told us that Parisians don’t really like this event, (The food, so tacky, Mon Dieu) the fair was quite crowded. While I was munching a sausage roll I looked around and thought that this crowd might constitute a target, the kind of thing it’s wise to avoid. Nothing happened, though. 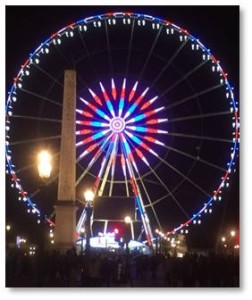 In 2013 I wrote two posts on how violence affects tourism. In them I talked about Egypt, India, and Nanga Parbat but we could see the impact of violence on Paris. The museums, while not empty, were not as crowded as they normally are. And the restaurants were empty.

One night we strolled along the Boulevard des Maréchaux looking for a place to eat dinner. So few people were out and about that we could have walked into any place we chose. In fact, when we read the menus posted outside, the establishment’s owner would come out to persuade us of the superiority of his cuisine. We finally selected Le Monte Christo, where we enjoyed an excellent meal and superb service as we were the only diners in the place.

Then we came home to the San Bernardino massacre. European tourists can ask, with equal validity, whether it is safe to travel to the United States. What would you say in response?

4 thoughts on “Is It Safe to Travel in Europe?”