Here’s a quick look at what’s going on in the world as we approach the end of the year. 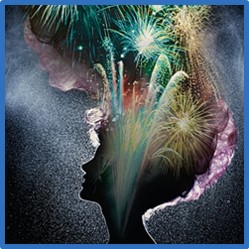 Donnie John is still the president, the California fires are out, the Russia probe continues, the tax bill passed, Brexit: still on, Mike Flynn said he was guilty, Matt Lauer’s wife left the country, Kim Jung Un fired another missile and Prince Harry found his forever love and proposed.

But the breaking news continues to be men in power behaving badly. The floodgates of sexual misconduct have burst. Women are coming forward and public figures are dropping like flies. Just when you think it can’t get any worse…it does.  We are having conversations about this.  For those of you wondering just where we draw the line, Chris Rosenthal offers this handy check list for when it’s OK to expose yourself.

Related posts on Sexual Harassment in the Workplace

In other news: Domino’s launched a gender-reveal pizza, a study concludes Yetis are large Asian bears, Taylor Swift is in a very serious relationship – again, and Tiger Woods made a comeback.

I am heading to Las Vegas, pondering these things at 30,000 feet. We’re in chaos, we’ve had difficult days. There’s a lot going on in the world and here’s what’s on my mind for December 2017.

What Else Does the Internet Want Us to Know?

The internet holds all things in perpetuity; we can go back and find things that got lost behind the headlines. When real and fake news overwhelm us, there is always other news to remind us we are intelligent people who want to stay connected.  As we race through the last few weeks of 2017, here’s some information you might have missed.

Don’t Worry, Be Happy. Easier said than done, but there are lots of articles telling us how to do it. I think happiness finds its center in wanting what you have. Sarah Greenburg offers some advice to Fine Tune Your Gratitude during this holiday season.  She reminds us it’s a practice, not a destination.

Loneliness is a growing health epidemic. Just as dangerous as heart disease and diabetes, social isolation creates life threatening health issues. We need human connection and some of that can be found in our jobs. Work should always be more than just work. When it isn’t there its bad for our health and our business. Former Surgeon General Vivek Murthy writes about “Work and the Loneliness Epidemic” in this Harvard Business Review article.

Puerto Rico is still hurting. News coverage has dropped, but the people still need so much to recover from this apocalyptic hurricane. Here’s a look at what is was like after Maria came to town. If there is room in your heart and your wallet this season the government of Puerto Rico has created a list of ways to donate.

New buzz word: Hygge. It’s Danish and its pronounced hue-guh. It means coziness or comfort and the Danes are showing us how it’s done.

And finally, we all have that friend we don’t know what to get for Christmas. If that friend also happens to be a cat lover your problem is solved. Cat Bingo is here.

December in the Kitchen

We did something a little different at Thanksgiving—we served ham. It was really good and there was a lot left over. If you find yourself in a post-holiday ham situation, here’s a hearty soup recipe to give it a second life. Split Pea Soup is an art and a science.  There are as many good ones are there are flavorless ones. This one simmers in your crock pot and it won’t let you down. Save some ham for the garnish. 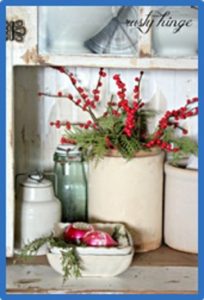 Have you ever stood in the produce section and wondered what to do with a pomegranate? It’s their season, and they lend themselves to all kinds of ideas. These suggestions start with how to remove those tiny seeds—called arils—from their skin.  Bonus points: the poms are loaded with antioxidants.

Speculaas are a holiday tradition in the Netherlands. They are spice cookies most often made in molds, but those are hard to find and a lot of work. King Arthur has made it so much easier with this cookie cutter recipe and your kitchen will smell wonderful!

Another favorite holiday treat is German Stollen; a sweet yeast bread filled with dried fruit and nuts. I love this version because it steps away from the traditional recipe and uses ricotta and dried cherries. I like Montmorency cherries from Trader Joe’s.

Giving equal time to my Hebrew work roots, I love this version of the prayer Elohai Nitzor  (normally sung by a cantor) performed by The Pink Martinis. It’s a Shabbat prayer of silent reflection, translated here.

Be in the moment, Be in the Season.